RPA (Robotic Process Automation) is the way to perform end-to-end business process automation by mimicking many–if not all–human user actions.  As most of the RPA tools are based on .NET technology which further relies on the programming language C# (pronounced as C Sharp) but from top-level, these two terms also have some differences, which we explain below: 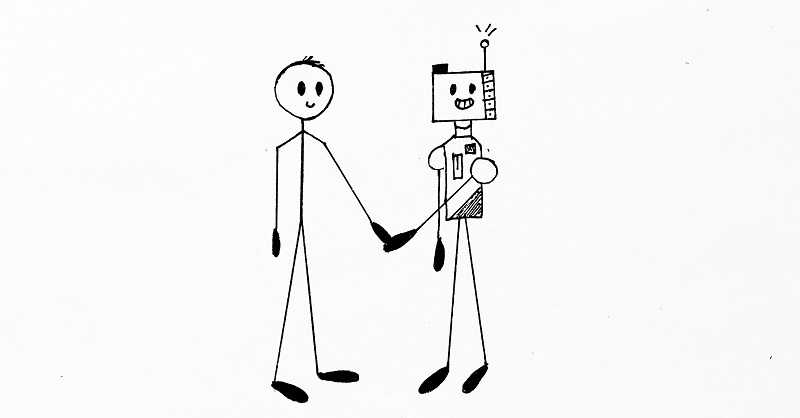 RPA which is tool based automation process can deliver improved and automated business processes so that the organizations are more efficient and have a scope for capacity increase in their teams. RPA gives teams the room to think and work on other critical tasks rather than repeatable and predictable work. But C# is a programming language itself that is used to build the front end or back end or both ends of the applications. C# is used extensively in building the tools themselves so that that tool like the RPA tool can do the integration of different applications.

While RPA can be subjected to use a particular platform or operating system but C# is mostly compatible with all platforms and hence this programming language is used on most operating systems. C# can run on Linux/Windows servers but there is hardly any RPA tool as of now which can run on all platforms. We at ByteScout provide an RPA solution that is very easy to implement and looks very complete as far as configurability and supported symbologies are concerned.

In order to provide customized functionality or enhance the feathers of the existing RPA automation flow, one can use the C# programming language to providing more power and flexibility to the existing RPA setup. For example, in order to achieve specific automation, the process needs to do some prior checks or calculations, and to do that there is no such existing activity or process in the RPA tool. So what next? We can use C# to write custom code to add that required functionality in our automation.

One can easily switch the career from C# related profile to an RPA profile but if the person only has the knowledge for drag & drop functionalities of the RPA tool, then in order to become a C# developer, one needs to work harder to learn the nuances of the programming language. While most tools related to RPA uses sophisticated drag and drop functionality or simpler interface to work, integrate and automate the stuff while working on C# requires the person to be proficient in writing the proficient codes of C# programming language and hence more requirements of technical skills as compared to RPA.

Mutually Exclusive to Each Other

Want to become an RPA developer? Or willing to be a hardcore C# developer? Anyone can choose either of their careers without learning the other. Also, for businesses, the scope of implementation of RPA or C# is very different and every technology has its pros and cons. So if you are going for automating your business process, your best bet would be to embrace the RPA using the tools like ByteScout. If your business or organization wants to focus more on web development, cloud computing, or Windows apps development, C# is a natural choice.

C# is an open-source language and we can download the IDE from its official Microsoft website and the Microsoft charges for Enterprise edition while the cost of robotics process automation for the business processes can depend on various factors including the nature of the problem that needs automation, the RPA tool used for automation and the RPA vendor. ByteScout RPA offerings are very effective with a reasonable cost.

Implementation of C# vs RPA

RPA is simple and extremely easy to implement. On the other hand, the fundamental arrangement of a C# is somewhat similar to C++ and other major programming languages. For example, a namespace declaration, variables and methods, main method, and so on. The C# is based on the Common Language Infrastructure (CLI) framework. This is the reason why C# is more active and gives a more dependable performance. C# has robust library support and it has its foundation from the .NET framework.

Since C# runs in the Microsoft environment, clients may prefer to use a premium to assure that programmers get assistance and crisis support from Microsoft specialists whenever it’s required. One of the major concerns about C# is that it requires hiring programmers who are already extremely skilled in C#. The other important thing to note here is that C# is an Object-Oriented programming language. It is built on top of Microsoft’s .NET framework. The real feature of the C# is that the library consists of CIL (“Common Intermediate Language”). In other words, it is the assembly language of .net that can be used to create various desktop and mobile applications.

In the case of RPA, Workflow Automation leads to the automation and performance of a business method where jobs are executed based on a collection of procedural commands. This allows creating low code workflows, performing them with less force, controlling everything, and effectively configuring the workflow for a more favorable output.

In the case of RPA, screen scraping tools are responsible for efficient data migration and integration. It has formed a link between the ongoing system and the traditional systems. It is an element applied for managing screen display data from one application and interpreting it so that another application can use and demonstrate it. It gives features to obtain the data by scraping the user interface.

In the case of RPA, artificial intelligence is a totally different idea. It essentially includes the simulation of human intelligence by computers. It allows the system to execute all the allocated duties that the user was assumed to execute. AI can change the business and assist in business expansion. Machine learning and Deep learning are several methods to execute AI. RPA is a type of automation that mostly establishes itself to the front-end and transfers out jobs without having to switch to the back-end. It can also be used to execute the pre-defined instructions and commands.