What is Better: RPA or API - ByteScout

What is Better: RPA or API

Combining RPA into business processes enables workers to concentrate on more critical tasks rather than slow and monotonous ones. In this process, operators have the chance to concentrate on further improving their expertise. The better-equipped team also results in more prominent performance for a business, which in turn points to cost savings in the long term. 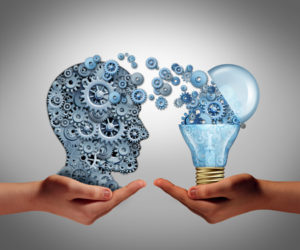 Conventional automation is essentially based on programming and depends on APIs and other integration techniques to combine various operations. RPA, on the other hand, simulates the movements of a user at the User Interface Level.

In conventional automation, the programmer wants to have a great knowledge of the target system whereas in RPA since the robot is impersonating the user activities and as long as the robot can accurately mimic the actions you don’t want to think about the complexity.

API stands for Application Programming Interface, which is a software mediator that enables two applications to communicate with each other. Each time you utilize an app, send a message you’re using an API.

This post will explain to you which one is better RPA or API?

An API is an Application Programming Interface. Actually, it’s a method for an application to open systems externally that other applications can use and apply to manage or transfer data to that application. It’s quite comparable to what RPA is trying to do.

The API integration can be applied in areas where there is a need for Messaging, Network Integration, Information requests, etc. APIs work with requests sent by a user or a system to software or databases in search of data, and the API collects this data from the provider and delivers the response back to the system sending requests.

RPA is applied in tasks that require identical processing methods carried out by human hands. It is used in areas where things like Invoice processing, Credit Card applications, Customer Complaint processing, web scraping, etc., are carried out. RPA implements automation in these tasks to save manpower and increase productivity, efficiency and improve the experience for the customer.

There is one important exception, however. An API is a backend process to achieve this and RPA usually uses the front end. That being stated, an RPA extension environment can obtain an API in code or actions just like any outside application can.

On the other hand, RPA gives a more prominent performance for businesses by decreasing the time required to manage monotonous hand-operated tasks.

Now, if you are looking for an answer to the question that which one is better than on an event for event-level an API is always favored. For instance, if the API can build, update and delete a client record in an application immediately then there is no option. RPA can accomplish the same job on the front end. While the API executes it at the back-end.

Apart from this particular case, the choice to utilize an API and RPA gets to be darker. One of the prominent robustness of an API is that it is extremely confined.

APIs by creation are predictable and the functions you give must be in a specific setup and model. Also, they are usually characterized by kernel functions to the application. So, if there is something you require to perform outside the extent of the API you are restricted.

When deciding between RPA and API, essential availability is a fundamental concern. The availability of an API, local combination, or source code is required to inherited, IT-managed integration systems such as APIs.

In distinction, one of RPA’s defining characteristics is its capacity to operate seamlessly on various applications, despite the availability of APIs. As a consequence, RPA works as a cost-efficient answer when you can’t include an API.

Many more traditional business application operations in practice today do not allow unions. Not only is it usually high-priced and time-eating to build APIs for these regularities, but making so needs a broad understanding of software for which assistance and documentation may be limited.

In opposition, RPA can quickly communicate with these systems by following the communications of a human user with the system’s user interface.

While API is good for companies experiencing digital change, it also can include a great deal of time-intensive tasks for their IT units. Many IT units utterly lack the knowledge needed to set up combinations with APIs from different products while balancing their other preferences, ending in bottlenecks.

One of the difficulties many developers encounter is combining a large set of characteristics and differences across distinct APIs into one logical course. And with each different API, developers meet the new test of learning how it operates and what benefits its improvement work carries.

One of the fundamental forces of RPA is that it reduces the strain on IT units by allowing enterprise users without technical skills to quickly build automation workflows. These enterprise users can easily document methods over any application, building automated methods that can be expanded with high-level commands to implement back-end services.

API-based combinations and practice are usually limited. It generates a risk that your business will touch its regular end and then need to pause until the next day before processing can proceed. This could be a nuisance and could significantly affect business preparation.

Some businesses opt to change this position by purchasing an insurance plan in the frame of an overinflated API-hit interest that may rarely be applied. RPA, in opposition, can accomplish an infinite number of jobs– including throughout peak times – working 24/7 to accomplish more jobs in less time.

The more important a task is, the more valuable RPA can be. Compared with expensive and difficult long-term API unification, RPAs give a more durable solution, operating 24/7 to perform more tasks in less time.

There are various APIs available in the market. They all have unconventional measures about security, authenticity, and character; not all are uniformly reliable, and in some circumstances, a few may become vulnerable.

Also, most APIs are based on just grouping uncomplicated commands, but the shift to a much more client-focusing marketplace is overpowering them to blend the most advanced modifications in artificial intelligence to accomplish determined and cognitive workflows.

APIs are everywhere as various advanced software applications distribute their APIs, it’s simple to develop connectors that combine those applications. The only problem is that it requires extremely skilled developers.

One of the disadvantages of APIs is that to use them, developers have to always perfectly follow the algorithm and connect the API procedure calls so they can solve a selective business issue. APIs are a set of programming techniques available to be called by programmers when needed. These are usually manageable functions that can be invoked.

API integration is costly and time-consuming to develop. RPA integration is relatively less expensive and takes less time to build. On the other hand, maintenance is the opposite, where RPA is costlier to maintain than API.

API can be amazing for companies experiencing digital change. Yet, it can also be laborious for IT units, which usually lack the resources to properly configure and install the integrations from different services. This causes delays in project performance.

The application of APIs also makes it challenging for programmers to combine data sets of different characteristics over several APIs. API design requires maintaining the well-defined standards and making it reusable, else the management becomes difficult, and scaling is impossible.

In opposition, RPA performs better than APIs as it enables company users to build automation without much technological knowledge. This decreases the strain on IT units. Users can build an automated method that can be used with high-level commands to complete back-end, hand-operated procedures. It not only decreases the strain on IT units but also reduces manual effort and the total cost.

The practice and integration of API are normally limited, possibly endangering business connections. Limited APIs are also a tremendous continuing investment. RPA, on the other hand, can work 24/7 and perform an unlimited number of methods to achieve standard jobs in less time.

API integration also requires investment into the training of individuals who are required to build, set up and maintain the integrations. Making and licensing new APIs also needs resources, and readymade APIs are not always available for use. Thus, RPAs are cost-efficient in many ways for small organizations with fewer resources.

RPA and API can also be applied together, and this has the potential to work more efficiently than individual implementation. RPA can access API and vice versa to make the job faster and more automated.

RPA’s benefit is that companies can execute the technology without wanting to make modifications to current systems. By simulating how people perform methods – but quicker and more dependable.

RPA can automate back-end methods without any requirement for complex IT combinations. Because they can “understand” computer screens. RPA can run with all kinds of servers and software, asking significantly more limited time and technical skills than API.

In common, being platform-focused, less reliant on IT experts, and eventually less costly are three of RPA’s important benefits as correlated to API-based options. While completing robotic process automation does need investment, the overall improvement in performance and fertility as well as the decline in human mistakes more than defending the expense.