RPA vs Java – 8 Most Important Differences

RPA and Java do not need any introduction being the most popular terms in Software and Automation industries, nowadays. But the comparison of RPA and JAVA is just like the comparison between Apple and Orange and hence without doing any further delay, let us explain the major difference between these two terms. 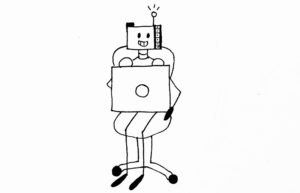 RPA which is known as Robotic Process Automation is a process used for automation using specific automation tools like ByteScout to perform the mundane or repetitive tasks such as data entry, PDF invoice processing, or any such business process uses a particular set of activities. On the other hand, Java is a general-purpose programming language used in many applications like web development, Android App development, and Automation as well. So, RPA is a tool-based technology but Java is a language-based technology.

One Area vs Multi Areas Expertise

While RPA is used exclusively for automation by the integration of various applications, Java is used extensively to design, develop these tools. So, in simpler terms, we can automate the applications (or applications that used some programming languages like Java in its development phases) using RPA tools like ByteScout. Complex Automation is possible using Java (eg. Self-driving cars) but web development is clearly not possible using RPA technologies as RPA is purely meant to resolve the business processes automation problems.

RPA tools and industry which is now progressing at a very rapid rate is still very new technology if compared with Java which was built in 1995. Java enjoys a strong presence among the developers all over the world, RPA is also catching up very fast whenever there is talk about ideas of automating business processes.

Most tools related to RPA uses sophisticated drag and drop functionality or simpler interface to work, integrate and automate the stuff while working on Java requires the person to be proficient in writing the proficient codes of Java programming language and hence more requirements of technical skills as compared to RPA.

As mentioned in the above point, RPA is a process that offers more user-friendly and non-technical options to dealing with the business process to automate them, it is natural that this requires less effort to become an expert of this. On a different note, learning Java requires the person to devote months of time to be proficient in the Java programming language in order to build the required products or services.

Mutually Exclusive to Each Other

Want to become an RPA Ninja? Or willing to be a hardcore Java developer? Whatever your choice is, you do not need to learn both if you are aiming to be an expert on either between these two.

Even though the RPA market is new compared to the Java one, there is fierce competition between the companies to take their share of the pie in the Automation and RPA industry, but Java language owned by SunMicro Microsystems enjoys the monopoly in various areas. Today, Java is used almost in every company for one purpose or another that includes cloud, big data analytics, self-driving cars.

Java is an open-source language and we can download its compiler source code from its official website while RPA cost depending on which RPA tools are we using to automate our business processes. Some RPA companies like ByteScout offers very reasonably and customized cost-effective RPA solutions.

RPA is important for combining a workflow application with inheritance business applications that don’t impersonate the required back-end APIs. It’s also helpful when it is utilized as a stand-alone instrument to help enterprise users achieve their regular, monotonous actions.

In the case of Java, Java has two methods, compilation, and analysis. The Java Compiler turns the code present in Java into byte codes. The Java Virtual Machine (JVM) turns the byte codes into computer code which the device completes immediately.

In Java, the JRE constitutes a runtime situation where users can perform the Java programs. It uses the Java code and connects the same with the necessary libraries. The JRE also launches the JVM for its accomplishment. The Java Runtime Environment has the expected software and libraries so users can control the programs to develop software applications.

In RPA, the FileSystem library can be utilized to communicate with files and registers on the local machine. It can examine and record files, extract and build them, browse contents from files, and record data out. The library supports, for example, repeating over files and examining them.

In RPA, the Release and Configuration Management implement programs to recognize possible approved product improvements that can be utilized in the creation and systematically extend those modifications.

RPA is a very handy tool that can be fashioned to the bulk of business requirements through precise preparation and scoping, but change is imminent and it is sufficient to include the evolution in technology than to resist it. Server operators and RPA platform constantly improve their outcomes and RPA is no different.

In Java, the getRootDirectories system may be applied to emphasize the root directories in the file system. A file system is typically made of one or more file-stores that give the warehouse for the files. These warehouses can also differ in the characteristics they hold, and the file properties or meta-data that they connect with files.

Having explained the difference between these two terms, we can say that these are different technologies altogether.