COBOL and FORTRAN, both are pretty old programming languages, known for their use-cases.

In this article, we will explore the core difference between Cobol and FORTRAN. 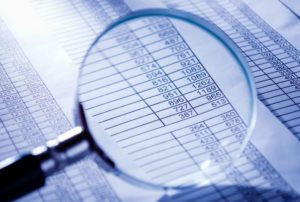 But, before, we do so, let’s quickly take a look at their origin history.

FORTRAN was created by John Backus at IBM. He did it in 1957. Fortran was created from the bottom up to handle computationally intensive applications in science and engineering. Mature and battle-tested compilers and libraries enable you to develop quick and close code to the metal.

Fortran is a natively parallel programming language with an easy array-like syntax to transmit data between CPUs. Almost the same code can be run on a single CPU, a shared-memory multicore system, or a distributed-memory HPC or cloud-based system. Coarrays, teams, events, and collective subroutines enable you to describe various parallel programming patterns that are best suited to your problem. It was mainly aimed at computers and hence known as a computer language.

This made a need for a language that needs to be business-oriented. And, that’s why in the ’50s came a business computer Oriented programming language that can be used to read addresses and names. It is known as COBOL, which has the ability to manipulate records as well. CODASYL created COBOL for the first time in 1959. IBM declared in late 1962 that COBOL would be their core development language.

Cobol, unlike FORTRAN, was FLOW-MATIC, which made it not so impressive on the technical side. In fact, computer scientist does not like it and termed it as one of the worst computer languages out there.

In fact, both languages are entirely different based on structure and functionality. FORTRAN was literally designed for scientists‘ help, on the other hand, COBOL plays in the ground of auditors. But both languages are high-level languages. COBOL is a structured and formalized language, but FORTRAN is in free form.

Let’s check out their difference in a tabular format.

The above tabular format gives a good idea of the technical difference between COBOL and FORTRAN. However, there is much more to their comparison.

Programming languages are tools just like how carpenters use their toolbox to create furniture or beautiful crafts.

From the name itself, we can get a good understanding of what each one of them has to offer.

FORTRAN stands for FORmula TRANslation. This clearly means that it is aimed at engineering or scientific purposes. COBOL, on the other hand, stands for Common Business-Oriented Language and is meant to be used for business-related tasks such as data processing.

So, what happens if someone wants a programming language that fits in both domains?

Well, IBM tried to solve this by creating ALGOL, but it became a hot mess and lost its importance in the programming industry.

Another interesting difference between the two is that COBOL utilizes 8 characters whereas Fortran uses 6-bit characters. This leads to an interesting approach when it comes to handling data that cannot be handled within the 8-bit character limit. The CDC data which had 60-bit words cannot handle the limitation. The workaround is to waste the 54 bits or find another way to pack them in the ratio of 10:1 words.

Is COBOL or FORTRAN in use Today?

Another interesting way to learn about their difference is to see how they are doing right now.

So, if you look at COBOL, you will find that it is still in use while also being one of the oldest programming languages. There are 220 billion lines of code that are currently in the production state.

The Banks and Federal systems mainly use COBOL for their banking systems and ATM. So, the next time you do ATM Swipe, you are indirectly using a system that uses COBOL. In numbers, 95$ of the ATM swipes uses the COBOL code. When it comes to banking systems, 43% utilize the COBOL code. The other industry that uses COBOL includes transportation systems and insurance companies.

If you’ve been working in a financial institution, a company like an airline, a large hotel chain, or any other organization that handles client records for more than 20 years, you’ve probably come across COBOL applications.

If you are a COBOL expert, you are bound to get $10K more salary compared to a developer who doesn’t.

COBOL will continue its growth in the near future. However, many businesses are already looking to replace their old code base with new ones. The modernization might take some time, but until then there would be COBOL used in the systems.

Many people widely regard COBOL as “dead” or “outdated.” Every now and again, you’ll see job postings that make fun of “that ancient COBOL backend.” This does not make sense because COBOL is only a minor component of the majority of these backend systems. MicroFocus, IBM, Fujitsu, and the GnuCOBOL project have modernized the language, and a language is only declared “dead” when no one uses it. As a result, COBOL is far from extinct, and considering the amount of effort put into the toolchains and the quantity of code currently produced in it, it is far from dead.

FORTRAN, on the other hand, doesn’t enjoy the same level of success as that of COBOL. But, that doesn’t mean nobody uses it. Physicists utilize FORTRON to their advantage as it helps them do high-performance computing calculations.

Modern Fortran also includes a feature known as ‘coarrays,’ which incorporates parallelization capabilities directly into the language. The extensive use of Fortran by physicists frequently perplexes computer scientists and other outsiders who regard Fortran as a historical anachronism.

Unsurprisingly, most legacy code in physics is written in Fortran. Physicists typically aim to reduce the amount of coding they undertake; if legacy code exists, they will use it.

Even though old code is challenging to read, poorly documented, and inefficient, it is frequently faster to use old verified code than to write new code. After all, physicists aren’t in the business of building code; they’re seeking to comprehend the nature of reality. Typically, researchers choose to take the path of least resistance. Professors usually keep legacy code on hand (often code written by themselves decades ago) and pass it on to their learners. This saves their learners time while also removing uncertainty from the debugging process.

The fact that both COBOL and FORTRAN are created for a completely different purpose makes them quite indistinguishable. However, according to a computer scientist, COBOL is not a great programming language. It lacks strong typing, doesn’t support event-driven, and lacks generic language procedures.

FORTRAN, on the other hand, seems to offer an excellent programming language for the time it was released. It also manages to show popularity now because of its usefulness in scientific endeavors.

So, what do you think about COBOL vs FORTRAN? Comment below and let us know.

Social media has become very significant in the social lives and even the professional lives of those people who are techno-savvy. Discussions on the social...

Recently I had a challenging project to develop an interface for a mechanical engineer who needed to chart and visualize data from PDF spec sheets...