Bots and the Public Sector Workforce

The public sector can reap the advantage of the introduction of various automation tools in a multitude of ways. When we separate the repetitive, mundane task from the high-valued, intellectual ones we essentially help the workflow to be more optimized and make it more productive.

Shadow staff is a big issue in almost any industry across the world; it isn’t really bound to some specific departments. The presence of a subject matter expert in the program unit is usually a beneficial model provided that the roles and the responsibilities are clear and the central organizations partner with respect to the employee performance.

Technologies and tools like Robotic Process Automation (RPA) is being rapidly adopted by many government sectors. The government has spent billions and billions of dollars behind the latest technological advancements. But despite the effort, a major portion of the processes are still handled manually. 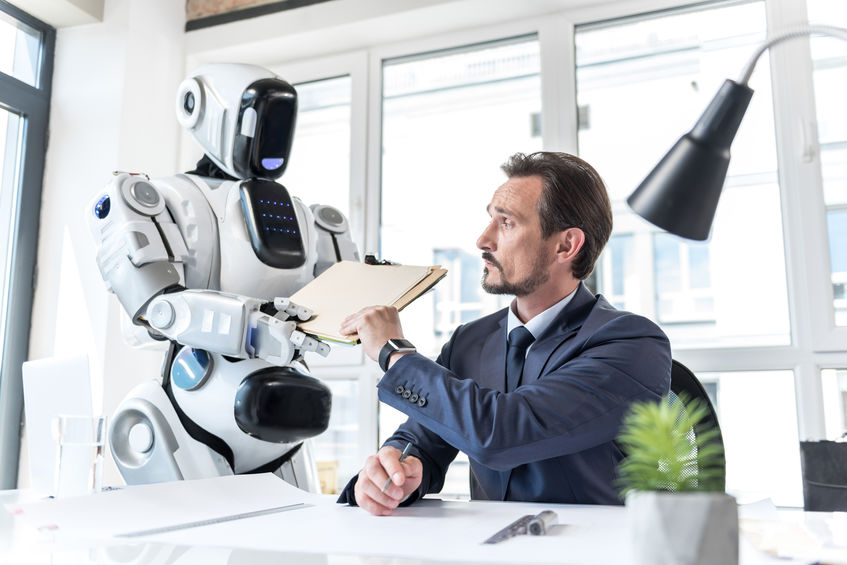 The following are some of the major influences that the digital bots can have on the public sector:

Given the opportunity that the government sectors present to the workers, it’s one of the biggest sectors that would be benefited the most by incorporating automation. Many surveys have established the fact quite firmly that employees value free-thinking and their appreciation towards the work they do more than anything else.

No employee and especially employer would ever argue that the organization gains anything in terms of finance and productivity by wasting resources behind automatable tasks. Goldsmiths, University of London conducted a survey on the market impression of disruptive technologies like AI and Big Data. The survey suggests that these technologies overall have a positive impression on the organizations.

Another survey run on the major organizations from several countries including the US, UK, and India reveals that RPA and AI can prove to be immensely helpful in amplifying organizational performance and human experience. Both RPA and AI was super-effective in freeing the employees from repetitive, automatable jobs (>75%). The study also suggests that the human resources from the organization having employed the tools were 1/3 more engaged compared to their competitors. 70% of the respondents agreed that they are useful in improving the wellbeing of the team.

Employment of the bots has a huge effect on the error reduction. As bots are powered by hardcoded rules that have been curated after hundreds of hours of testing, the results are highly deterministic and reproducible. The government sector can certainly make use of newer technologies and enjoy fewer errors.

One of the many departments that can take advantage of the bots is the human resource. Processes like hiring, onboarding, and personnel management are excellent candidates for automation as they involve a lot of repetitive tasks. All of these tasks can be automated with the help of digital bots.

The advantages of employing digital workers in your organization are multi-dimensional. First, as mentioned it helps reduce unwanted errors. Second, it boosts the execution speed allowing for more work to be done in less time. And lastly, fewer errors result in less time to be allotted for rework and correction. Hence, a reduction in the number of errors can be an effective way of optimizing the workflow.

By employing digital bots not only do you get all the advantages mentioned earlier, but it also has a positive impression on the strategic and managerial end of the business.

One of the major concerns of utilizing automated bots is that it might end up reducing the number of jobs available for human resources. But the point that is missed by many is that the automation tools do not actually reduce the job count, instead, it acts as a supportive tool. Hence, over the long run, it ultimately pays off for an organization to utilize these tools.

Moreover, it has been showed that these mundane, time-consuming tasks are highly demotivating for the employees and, hence, counter-productive. These rote tasks do not help in skill development or lead to any kind of career growth. RPA can be an excellent solution to take care of these mechanical tasks and make the whole workflow more systematic and strategic.

Transparency is one of the few key aspects of an organization’s success. In the absence of a central authority, shadow organizations start showing up.

The way to resolve this issue is to build in transparency using the digital bots, but at the same time keep an eye over the performance of the bots using a performance dashboard. This way one would be able to build an environment where transparency and accountability would never be an issue.

The human workforce, in any corporate setting, can be divided into two broad categories depending on the type of contract that they hold – either they are full-time or they are contractual. Bridging this gap between the full-time employees and the contractual ones is crucial for any organization.

The reason why contractual workers are preferred over the full-time employees in many situations is that the work responsibility of contractual employees can be scaled up or down depending on the amount and every type of the task. Achieving the same for full-time workers can be a painstakingly tough ordeal. This flexibility makes them a lucrative alternative for many organizations.

The digital bots can be thought of as a type of contractual resource. But the thing that goes in their favor is that they are both much more accurate and blazing fast. The digital bots allow the organization to take care of the automatable jobs on a constant basis.

They have the added advantage of the flexibility and the absence of security checks. The government sector does not necessarily have a shortage of human resources. But there is certainly a lack of uniformity of the distribution. Certain high-risk areas have a shortage of workforce compared to the rest of the low-risk sectors.

If tools like Robotic Process Automation (RPA) has been present earlier, there would have never been a scarcity of accountability and audit. The partnership between the programs and the departments would have the opportunity of growing even stronger.

What is RPA (Robotic Process Automation)?

Robotic Process Automation (RPA) is the use of innovative software technology to automate any structured business process, in order to cut operation costs and increase...