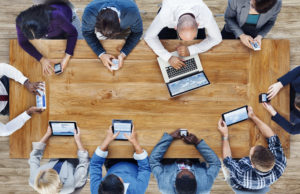 NTILE is one of the ranking functions in SQL Server. NTILE function is used in scenarios where we have a requirement to divide the result set into some quarters, and with each row, we want to get that quarter’s number. We might think of real-life situations such as suppose we have to get email addresses for campaigning from a database. And we also want that these returned emails are divided into four groups.

This function comes with three main components. These are ORDER BY, PARTITION BY, and BUCKETS.

The buckets include the number of rows separated. The buckets can be an indication or subquery that assesses a positive integer. It cannot be a window function. The PARTITION BY clause allocates rows of an outcome set into sections to which the NTILE() function is used. The ORDER BY clause specifies the analytical hierarchy of rows in each section to which the NTILE() is used.

The important thing to remember here is that If the number of rows in a section is not separable by integer_expression, then this will push clusters of two dimensions that vary by one associate. As mentioned earlier, the larger groups appear before more miniature groups in the order determined by the OVER clause. In other words, SQL NTILE() is a window function that is mainly utilized for breaking a window or a section in a particular number of buckets.

The syntax for NTILE is as follows.

Let’s say we want to get some products in inventory with their quantity. And we also want these results set to be divided into four quarters. Its query will be as below.

How does NTILE divide the result set?

For more granule partition within each group, we can use NTILE with PARTITION BY statement.

Do You Know the Subsets of SQL?

This is a very basic question asked by some interviewers. The Subsets are the pillars of Structured query language. Without subsets, it is not possible...

MySQL and SQL Server are relational database management systems. The major difference between these two databases is that MySQL is open source whereas SQL Server...