But we live in an open world. There is always the possibility of “unknown”. If there’s a question “Who will win the election, Democratic or Republican?” we can’t surely tell the answer, because it’s unknown. Similarly, if we ask “Is X is less than 4?” we can’t say YES or NO, because we don’t know the value of X.

In open-world logic, the possible outcome of any problem is “TRUE”, “FALSE”, and “Unknown”. This concept is called three-valued logic. The logical outcome in SQL Server is based on 3-Valued logic. SQL Server is indicating unknown values using “NULL”. As the value of NULL is unknown, any operation with NULL will always result in NULL in SQL Server. Let’s analyze this query and its outcome. 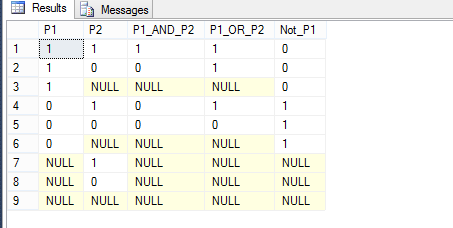 Here, we are making the combination of all TRUE, FALSE, and Unknown and making AND, OR, and NOT operations. As we have discussed earlier, any operation with NULL is resulting in a NULL outcome.

Work with NULL in WHERE condition

We can’t use the “=” or “<>” operator to compare values with null. In order to work with NULL, we have to use special operators “IS NULL” or “IS NOT NULL”. Let’s think of an example, where we want to get all counts of Addresses with the field “Address2” empty and not empty. If we wrote a query to compare NULL with “=” and “<>” it won’t fetch us any result. Take a look at the code here. 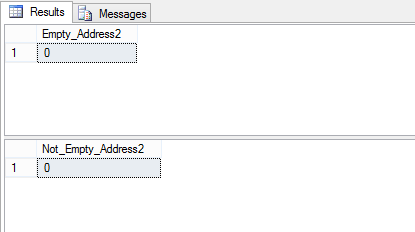 Now if we use “IS NULL” and “IS NOT NULL” operators, we’ll get results.

If we’re desperate to use our regular operators “=” and “<>” with NULL, then there is a patch. We can set “ANSI_NULLS” to “OFF”, and our condition will work. Take a look.

It worked! But it’s not suggested to use this way. Here’re the reasons.

Digital transformation is the need of the hour and an essential undertaking. In this age of information technology and rapid information flow, businesses must undergo...

TOP-15 UNIX commands for Every Developer

The current world is running on computers. Knowing simple Unix commands or basic Unix commands enables you to dive into the world of Unix or...