First introduced in 1995 by Sun Microsystems, the programming language has become one of the most popular programming languages. Oracle released the latest version of Java 14 in March 2020, and it finds the language running on more than 3 billion devices globally. But just how widely Java is used is evident in the fact that most desktop and mobile apps require Java installation to work properly.

Java is platform-independent, meaning that any developer can code on and for any operating system, and being object-oriented has given it more flexibility. 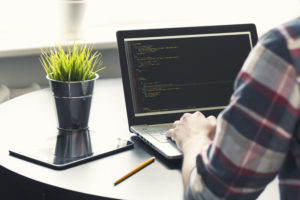 The Java programming language and computing platform have seen active development for the last 25 years, with tweaks and improvements now made every six months. While other programming languages like C#, Kotlin, C++, Python, and PHP are getting more widely used, Java remains one of the first languages anyone seeking to code and create applications needs to learn.

If you want to learn the Java programming language, the official Java tutorial page offers Java documentation. It’s good to get familiar with all there is here. Another thing is to go out and write lots of Java code, which is the easiest and perhaps fastest way of learning programming in any language.

But Java is also vast, meaning that the language could have aspects of it that make it a lot more complicated for those learning how to program. As you will see from the opinions expressed below, there are a number of Java topics that have proved tough or complicated for some people.

Is programming learning hard for you? There are some opinions about learning Java:

Since NaN is the only JavaScript value that is treated as unequal to itself, you can always test if a value is NaN by checking it for equality to itself

So it means that

What part of the Java language proves most difficult for you?

For most learners, Generics appears to be one of the head-cranking parts of learning the Java language. Some developers have suggested that those who transition from Visual C++find it a lot easier to now code in Java.

Also, from the opinions above, it is clear that while most people agree that anyone seeking to create desktop and mobile applications needs to learn Java, many more say that some of its topics are very complicated.

So is Java a hard programming language to learn? Theoretically, yes. Although for most learners concepts such as variables and functions are a breeze, many more topics can be a bit abstract.

Aspects you are likely to grapple with include usage of Anonymous Classes, multi-thread concepts, native interface, inheritance, polymorphism, usage of Vectors and Matrix, Apt implementation of Synchronization, and Serialization and Static implementations.

Several online programming courses are available to help you go through some of these challenging topics, including object-oriented programming (OPP). However, as noted above, if you want to learn Java programming, taking a lot of practice coding will prove very useful.

If you are a complete beginner, learning the basics of Java programming is the first step. But another great move would be to connect with Java learners and developers. Being part of a community and seeking help whenever you hit a dead-end could see you get over-complicated projects and topics much more easily. While at it, be particular or specific in what or where you need help.

PDF/A Format and its difference from PDF Format

PDF/A (Archival) PDF/A (Archival Portable Document Format) or commonly referred to as the archival PDF is a type of standard PDF, which is used to...

How to Generate BarCodes with ByteScout Barcode SDK

In this article, we'll see how to generate barcodes with Bytescout Barcode SDK. Generating different types of barcodes from scratch can be challenging for developers,...