Robots are everywhere these days. The world of computer science and technology is full of software robots and hardware robots which are responsible for bringing automation. RPA is a kind of  business process automation that enables anyone to describe a set of directions for a robot or ‘bot’ to give error-free solutions. 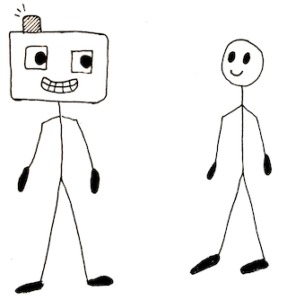 Most of the knowledge on automation that you can obtain online is of software automation. This includes applying software to execute jobs that people normally do when they are utilizing computer programs. The robot monitoring software is used to monitor the activity of robots.

For instance, GUI analysis automation is a method to examine computer programs. It includes reporting the effects of a person while they are utilizing a graphical user interface. These effects are then repeated to autonomously examine the application after modifications have been delivered to the software.

On the other hand, in the case of robot hardware, some hardware robots are autonomous. It means that they run without people directly managing them but they are not applied in automation.

For instance, a toy line robot can autonomously pursue a path outlined in the area. Nevertheless, it is not “automation” because it isn’t delivering a particular job. If rather, the line-following robot was carrying medications around a dispensary, then it would be automation.

Robot control software describes something novel. They impersonate humans but exist in the cloud. They are the light relatives of the hardware robots.

They are instructed, not programmed, and complete assignments that are rules-based and may require communication with various conflicting core rules. Because robots apply the corresponding interfaces as people they are “regularly” cooperative. In other words, the software robot in RPA is an incredible technology improvement that encourages an outburst in opportunity.

In opposition to other, conventional IT solutions, AI robot software in RPA enables companies to automate at a portion of the expense and time earlier faced. Software robots in RPA are also non-interfering and leverage the current foundation without disrupting underlying rules, which would be challenging and expensive to compensate. With RPA, cost-effectiveness and agreement are no longer a running cost but a byproduct of the automation.

Virtual Robot simulation software is simple to train and they combine easily into any system. Add them, and immediately expand more as you go. They regularly report on their process so you can go even higher and more reliable by applying operational and market predictability while increasing strategically.

Other benefits of robot industrial hardware are that they can operate in any conditions, adding to their compliance. They reduce critical jobs for people because they are proficient in operating in uncertain circumstances. They can manage to lift large weights, poisonous materials, and monotonous jobs. This has assisted organizations to stop many disasters, also keeping time and money.

RPA robotics can be applied to substitute people and assign them jobs that are deserving of their time and energy. By optimizing the performance of human resources, businesses can get important jobs done with the most limited protection from employees who were covered by monotonous ones.

In the medical profession, mobile robot hardware is used for complex operations such as prostate cancer surgery. They can move and fit where human skills cannot, providing greater precision. Some robotic advantages in the medical profession are less tending methods and less strain for the patient when healing.

Developers often need to create Excel files for various tasks such as creating reports, sharing data with other teams, etc. One of the ways to...