DOTA- Defence of the Ancients– ranks as one of the top MOBA games you can play on your PC, with several tantalizing prizes ready for you to win.

If you are new to DOTA and want to win, learning from the pros is one sure way. But if you want to level up with wins from the start, use these tips.

Remember that Dota is a team game, with five players playing against each other in an attempt to penetrate the other team’s base and destroy a structure called an Ancient. 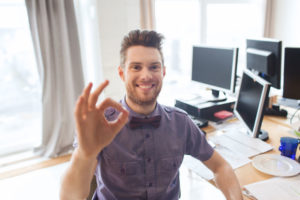 As a player, you control a hero whose special powers allow for accomplishing specific objectives. If you want to win Dota pool prizes, do the following:

How do you win Dota?

This is one of the ways to win Dota since nobody likes being bossed about; it’s obvious to make suggestions but incredibly common.

Many people will do the exact opposite if somebody demands they do something. Trying to order people around doesn’t work. As with any other human effort, co-ordinate is good and one way is to make suggestions you think will help the team, not setting demands that ruin bonds and end up costing you a win.

Dota is a team game and winning is directly linked to the commitment each member shows towards team objectives. If you make half-hearted attempts, you do more than harm the team’s effort: you lose.

One way to win is to pick a hero and master the player. When you play solo, master the Axe or Arc Warden/Meepo. Practice your skills again and again on empty servers. Also, learn and practice several heroes. If you want to win, including in solo games, be ready to play with any hero should carry or mid roles are taken.

Mastering the hero allows you to comfortably rush, gank, and tank.

One thing that could hinder Dota players is a lack of clarity with regard to talking to each other. It’s worse if there’s a definite language barrier. Though it’s not surprising to find an entire team that speaks five different languages, the bottom line should be to communicate well to work towards the same objective.

You also need to do the basics: give everyone on the team a fair chance at making the group better.

Dota is like any other MOBA game, and the trick to winning sometimes lies in taking. Do not rush into actions like killing or such other activities will only harm you and your team. Instead of farming is what you need to build and buy upgrades. It is a strategy that will see you have a better chance of taking on the opposing team.

Note that it would be bad for the team if the farm is off the carry. Whatever you do, farm the carry and try to get the best out of it by splitting the team. Assign positions and be ready to cede the lane you’re farming should a higher priority player show up.

What’s with the mini-map?

If you fancy winning at Dota, look at your mini-map. It allows you to quickly respond to your environment better when you focus on the hero.

Use the map to also evaluate your opponents from long range. Remember also that opponents won’t always be visible to you. But you can get them by setting up traps.

Do you want to win matches? Watch DOTA and practice, keeping in mind that the community might have a lot more tips. So, what do you do? Join up.

What is SQL and what is it used for

In today’s digital world, enormous amounts of electronic data are being gathered, processed, and stored in databases every single day. These databases can be used...