LucasArts shut down in 2012 after Disney acquired LucasFilm. It was curtains down for one of the best electronic entertainment franchises. For over three decades, the company churned top video games, many of which have become all-time classics. 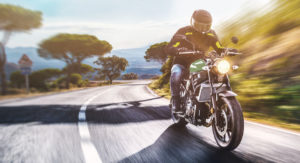 Here we look at famous LucasArts games that keep the company’s legacy intact. Whether you fancied Star Wars, shooters, or the adventure games, the company had it all.

The adventure takes you to the Land of the Dead. Use your keyboard and mouse to journey with Manny Calavera, and Glottis, solving unpredictable puzzles. Grim Fandango is that game that you never want to stop playing.

2. The Secret of Monkey Island

You may disapprove of pirates, but that won’t apply when it comes to this inventive adventure game that hit in 1990.

The Secret of Monkey Island is about the adventures of Guybrush Threepwood. He may not be the suave character you want a protagonist to be, but his ambition to become a pirate is one adventure you are going to remember for a very long time.

And then there is LeChuck, an evil pirate that Threepwood outwits to get the girl. If you want an original game whose creative blend complements the comedy, check out The Secret Monkey Island. What you get is truly an out-of-this-world sense of adventure. For a taste of more, there is Monkey Island 2: LeChuck’s Revenge.

Before the lightsabres and space fights, the 90s were first about engaging adventure. That is the period Sam & Max Hit the Road etched itself into the LucasArts hall of fame games collection.

This video game was massively popular thanks to the antics of the canine shamus (Sam) and the rabbity thing (Max). Based on a comic book, the game sees the two ‘freelance police’ team up on detective-style missions to crack crimes.

The graphical adventure released in 1993 is an engrossingly comical road trip video game. It has incredible humor, while the voice acting and tunes add to the fun. The puzzles are not that hard, but the cartoon-style mode and twists in the plot make this a top LucasArts game from the 1990s.

This game came out in 1998, developed by LucasArts and Factor 5. While TIE Fighter-Defender of the Empire stirs nostalgia for making you feel the Star Wars ships, Rogue Squadron took it to another level.

The game put you in the cockpit, experiencing the best of flying with the Rebel Alliance. Rogue Squadron II: Rogue Leader (2001) and Rebel Strike (2003) were also excellent additions to the series.

5. Day of the Tentacle

Day of the Tentacle is a graphic adventure video published in 1993. The cartoon-style game is rightly a cult classic, even with the remastered edition. Day of the Tentacle follows three friends who team up to stop an evil Purple Tentacle hell-bent on taking over the world.

The game allows you to control the three friends, with time travel enabling players to explore historical periods. Hop and swap between the characters, exploring a great hilarious story. Dave Grossman and Tim Schafer’s skills make this game an unforgettable one.

6. Indiana Jones and the Last Crusade: The Graphic Adventure

If you are a fan of the Indiana Jones films, this 1989 game should be on your list of top LucasArts releases. Last Crusade: The Graphic Adventure is a fantastic point-and-click epic game that takes players through the tantalizing hunt for the Holy Grail.

Explore Venice and hop to Berlin in your quest, even meeting the one and only Hitler.  Try to reach the IQ tip at 800 by solving puzzles and fighting out scenes.

Loom (1990) is a game that takes you to a musical zenith as you play Bobbin Threadbare. The loom is a unique fantasy story that differs from the traditional graphical adventure games.

The game revolves around Bobbin Threadbare and his distaff. He plays magical four-note tunes called “drafts.” Each tune carries a magic charm that manipulates objects like opening or closing.

The game allows the player to use the new drafts to explore new environments and to apply various commands. The fantasy game becomes more interesting as the player navigates the three levels of difficulty.

TIE Fighter made a name for itself as a truly enchanting space shooter game. Released in 1994, the game’s cinematic graphics made the cockpit feel truly immersive.

The popular game spawned fan groups around the world, making it a 90’s favorite. The game continues to hold its place in the genre, even with the release of Defender of the Empire and X-Wing vs. TIE Fighter.

LucasArts made so many memorable games for a full 31 years. Even though the company folded with Disney’s purchase, its famous games continue to inspire developers and enchant fans all over the globe. Here are other LucasArts games that cut as best of the time.

Where to Buy (And Sell) a Startup

Why buy a startup If you want to create and run a "unicorn" startup (which will be valued over $1B+) then you can gather your...

How Digital Technologies Affect our Health?

Digital devices dramatically influence the modern human lifestyle. We spend a large amount of time online, and handheld devices have become an integral part of...