QR codes are a form of 2-Dimensional barcode – QR is an acronym of Quick Response code, but they may also be referred to as Denso Barcodes. Created by Denso Wave in 1994, QR codes represented a fascinating step forward for the visual representation of binary data. Moving beyond the simple lines-and-spaces approach of previous barcodes, QR codes store information as a matrix, allowing a greater complexity of data and greater efficiency of space. Initially, the automotive sector was the main use for which QR codes were planned, and later they became broadly accepted as part of promotional campaigns and packaging: anywhere there needs to be an interface between physical/print media and digital media, QR codes are valuable. They are particularly popular specifically in mobile apps, where by means of a QR Code scanner app, one can easily scan a QR code to display text or access the campaign’s landing page. 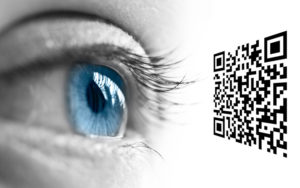 QR Codes: how they hold data, and what platforms you can use

There are a variety of options for accessing QR Code generator elements through software:

There are many benefits of using QR Codes. The key benefits include the ability to bridge the offline media to the online world. So, if you have a QR Code, you can use it to log in, do a transaction, or other things for which the app is programmed too. There are different types of QR Codes including Vcard, URL, E-mail, Facebook, and so on!

One example is for login. If you are trying to use WhatsApp on your computer, you will be prompted to scan the QR code from your mobile. This eases out the long login process which would require the use of sensitive data. Other key benefits include reduced printing costs as it can easily be transferred from one device to another via the use of the screenshots or share option.

In short, QR codes are cheap, reliable, and remove the unnecessary steps required to complete an action.

Before we go and discuss the QR code creation process, it is important to learn about how it differs from Barcodes.

If you are new to QR Code, you might think QR Code builds on Barcodes and are the new thing in fashion. In reality, it is not. Barcodes enable businesses or traders to identify the items so that they can manage their inventory. They use it on consumer packaged goods(CPGs).

QR Code can also hold information, but it is important to know the differences it holds compared to barcodes. The key difference includes

While there are various complex development tools that enable you to create QR codes unless you’re playing with QR codes as a technical exercise, you actually need your QR code to be made so you can integrate it into a larger project; and that’s what you need to be able to spend your time on. The pdf.co QR code generator from ByteScout allows you huge flexibility, including the ability to create QR codes with a form factor in compliance with more than 50 different standards, and allows insertion of data to barcodes from a range of sources and types, including geolocation, email, social media links, specific content you wish to highlight from your website, and more.

No installation is needed; the code is entirely web-based. Security is covered by the fact that all QR codes are removed from the server as soon as they are created, and QR codes are transmitted using SSL secure servers, making the tool safe for use.

The program also allows you to scan in existing QR codes, to analyze their function.

If you are doing a code project, however, you could compare your QR code created with pdf.co to the product of your own dev process, as in the following example, which will create a QR code image, and allow information to be read from the QR code image:

And from all of that, here’s what we get: 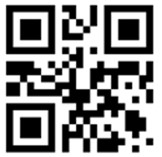 And, as another example, try this. If you can’t follow the code, use the image to see the output!

The output of this code is shown below: 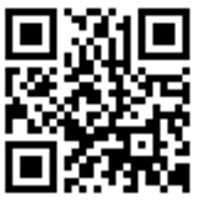 Using QR Codes on your site

One popular jQuery plugin for QR code generation is jquery.qrcode.js, which enables the user to add QR code to the web pages in an easy way, without depending on external services. It is based on a library that generates QR codes in a number of languages.

To use it, start by including it on your web page with the following tag:

After that, form a DOM element that will hold the generated QR code image. And after that, add the QR code to the container like so:

jquery(‘#qrcode’).qrcode(“Wow, it’s lovely to use this plugin”);

Generating a QR Code in Java can be a simple and smooth process if you use the right libraries, and this can be just the starting point. If you need a good way of introducing a digital interface-point to physical functionality, QR codes are a great bridge. Get started and see what they can do for you!

Git is an open-source distributed variant system tool created to manage various projects with agility and adaptability. It was designed by Linus Torvalds in the...

What is a “robot” in RPA (Robotic Process Automation)

A robot in RPA (Robotic Process Automation) is a collection of software codes, which can do certain business processes done by humans.  RPA robots or...