QR code is an abbreviation for a quick response code. It is a type of 2-D barcode (also known as matrix barcode). Unlike a 1-d barcode, QR codes can encode a wide variety of data types, including numeric, alphabets, special characters, and binary data as well.

In modern applications, QR codes often have data for a locator, identifier, or tracker that points to a website or application and can be easily accessed with smartphones. This article gives a detailed overview of QR codes, tracing its history to its modern usage.

QR code was invented in 1994 by a Japanese automotive company named, Denso Wave. Denso Wave is a subsidiary of Toyota Motors.

It was registered to the ITS standard of the AIMI in 1997. While, in 2000, the QR codes became internationally standardized by ISO/IEC standards.

By 2002, the technology began to be widely used in Japan, with companies using QR codes to allow users to scan using their mobile phones. Also, the Micro QR code was standardized as JIS-X-0510 in 2004.

QR codes have several unique features such as those listed below:

The original QR codes are QR Code Model 1 and Model 2, with the largest version capable of holding up to 7,089 numerals. But while usage has spread all over the world, new versions have sprung up to support sophisticated uses.

The standard version has 21 x 21 modules. An addition of four modules needs to be on each side as the version increases.

Model 1 is the prototype of Model 2 and Micro QR. 1 to 14 versions are registered to the AIMI standard. The maximum data capacity is 707 characters.

The micro QR Code is a type of QR Code that standardized in Japan in 2004. It only needs one orientation of pattern detection, is small enough to be printed on a very small space.

Notably, the size of the QR code is determined by the version and the size of a module. Micro QR has only one point detection pattern to decrease the size, enabling printing on minute components such as printed circuit boards. The most limited numbers of modules are 11 x 11. Micro QR codes extend a space-saving option to linear barcodes for applications where 35 characters or less are adequate.

The IQR Code was released in 2008 and can be in a square or rectangular modules. The IQR Code was followed by the SQRC which implements QR reading restrictions. It can be useful when you need to store private details. The “FrameQR” surfaced in 2014 and has a “canvas area” that offers flexibility in code designing. You can use FrameQR to include photos in the code.

The purpose of the QR code was to develop such an encoding/ decoding system that allows quick and reliable scanning of fast-moving automotive equipment. In workshops, automotive parts are moved quickly from one place to another and are adjusted together. It is difficult to read such type of moving information with simpler barcodes; hence QR Code was developed to cater to those needs.

Today, QR codes are applied in designs that allow for their usage in websites, payments, Wi-Fi and in many other ways. 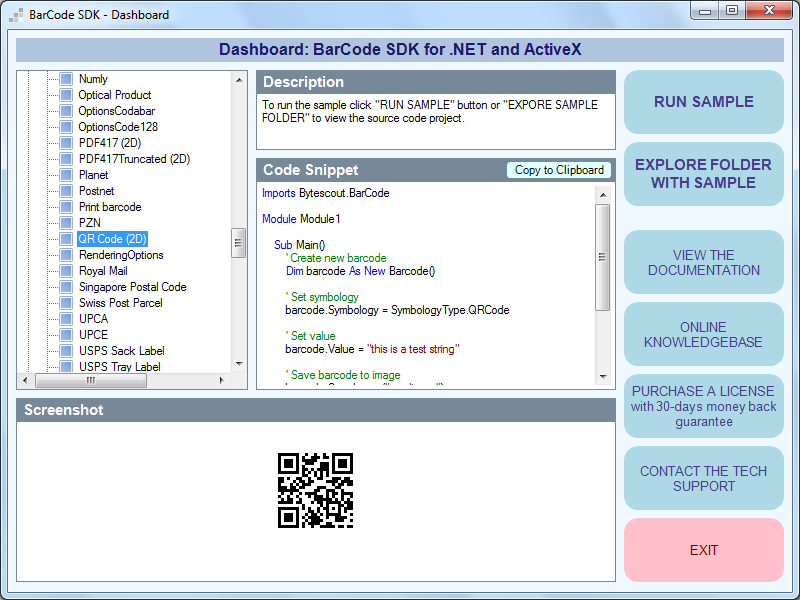 Funny Fact: In Seattle, QR codes are inscribed on graves which contain a link to the detailed information about the deceased person.

Interesting Fact: The QR codes technology is free of any license, so you don’t have to worry about terms of use either for printing your business card or for developing new software to read QR codes.

Both C++ and Java are great object-oriented programming languages that have broad utility in the computer world, however the two languages bare several differences. Portability...

Starting from January 2022, ByteScout SDK renewal is required if you need to compile, debug, build your projects using the SDK. In the same time,...