WHY QR CODE IS THE GREAT CHOICE FOR YOUR DOCUMENTS? - ByteScout

WHY QR CODE IS THE GREAT CHOICE FOR YOUR DOCUMENTS?

Barcodes have become very common in today’s world. You see a barcode on almost everything you come across nowadays. You see them on consumable goods, gift cards, labels, and practically everywhere else ranging from supermarkets to shopping plazas and stores. There is no denying the fact that the traditional pricing system has effectively given way to barcodes in order to reinvent the system in a more pragmatic and quicker manner. 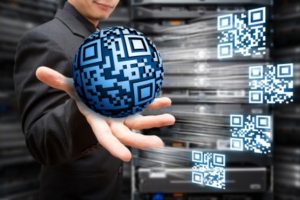 Almost all types of businesses across the globe are making most of the barcode technology. For example, it is used to identify employees in a warehouse, keep track of the company’s vehicles and their drivers, or to track assets such as tables, desks, computers, air conditioners, or telephones (amongst a wide variety of other items) in any building. The utilization of a QR code tracking software is essential to automate the work being done due to the direct transfer of information whilst being a reliable place to store records of assets alongside the immediate maintenance of one’s inventory.

Moreover, there is a range of QR code types that can be utilized with regard to a user’s particular requirements. Some of these are MeCard QR, Website QR codes, VCard QR codes, and QR codes for social media (amongst others).

Barcodes are very easy to use as well. In fact, every sane individual can gather information from a barcode if he knows how to use a scanning device.

QR codes are one of the many types of barcodes. There are many benefits of using QR codes for your business. However, very few people are aware of the fact that QR codes are extremely useful when it comes to sharing your documents. Adding a QR code to a document or how to create a QR code for a document may seem complicated, but the process is relatively simple. One of the ways this can be done is by converting a Word document to a PDF one; pdf.co can be utilized for this. Once completed, a QR code generator would need to be accessed in order to acquire a QR code for the pdf document created.

Be it is your office documents, medical records, business inventory record, invoices, or freight records, QR codes can make them more secure and safe. This is done by utilizing QR code coding which is done by reading the multiple black squares and dots popularly found on QR codes. The image consists of information that can be scanned by a machine and in turn deciphered to access it; this is also how information is stored in a QR code.

QR codes are not only super accurate but cost and time effective as well. There are many ways you can use QR codes for data capture in documents.

Many barcode scanners can search for QR codes in data. As soon as they find a common or new barcode, they create a new document for that barcode. As a result, you can virtually scan thousands of documents containing things like invoice numbers, repair orders, patient records, or any kind of classifications in one go. Thus, the usage of QR codes in the splitting process is undoubtedly exceedingly time effective, in contrast to other time-consuming methods.

You can also use barcodes information to insert PDF bookmarks. It is pertinent to note that the process will not divide your file as it will remain as 1 file. On the other hand, the output PDF file will have different bookmarks to make navigation easier for you hence; scanning documents with barcodes is highly recommendable.

You can also identify the type of document being processed using QR codes. Similarly, you can use them to appropriate process depending upon the type of the document. Some advanced systems will choose the subsequent procedures after scanning the contents of the QR codes. This is often done by utilizing the barcode document management software. The software predominantly allows the user to work with automated scanning and paperless onboarding which speeds up the process almost tenfold.

QR codes are also commonly used for indexing information or storing metadata. You can extract the barcode data and send it along with the associated scanned image to a document management system. The typical example is the medical records where this data exists in the forms of patient name or patient id etc.

You can also take the help of QR codes in combination with other document variables to name different output files you have created for scanned documents.

Why QR Code is better than Code 39?

QR code belongs to the latest 2 Dimensional (2D) series of barcodes. They use two-dimensional shapes and figures to store information. QR codes are much better than other types of barcodes such as Code 39 and Code 128. Whereas Code 39 refers to barcode zymology of a varying length, it consists of a total of forty-three characters: uppercase letters, special characters, and numeric digits, alongside a separate character for the beginning and ending delimiters. Moreover, since Code 39 comprises a large amount of space, smaller goods cannot be labeled with it due to the extra capacity it possesses. The following are some main differences between QR Codes and traditional barcodes.

Capacity and Type of Data

Almost all the scanning devices and software support QR codes. They cover a wide range of things and can be quite useful for you. They can handle a tremendous amount of information in which traditional barcodes such as Code 128 or Code 39 simply cannot. They are high capacity barcodes and you can insert a wide variety of data into them. They can hold up to several dozen letters and numbers. On the other hand, traditional codes can hold up to just 20 letters and numbers.

It is pertinent to note that Code 128 or 39 requires a lot of space to store a small amount of data. On the other hand, QR codes consume very small space to store huge amounts of data. More specifically, it can store up to 7,000 numeric characters, approximately 4,000 alphanumeric characters, around 3,000 bytes, and 1,800 kanji. QR codes are compact and very easier to scan while in contrast, Code 128 and 39 are ineffective in situations with a limited amount of time due to the sheer difficulty when scanning them.

Unlike traditional codes, QR barcodes can read data in many different languages. The data needs not to be only English numbers or letters. Even if the data is in a different language, QR codes work smoothly and don’t create problems for the users.

Obviously, error correction capabilities are limited in Code 128, Code 39, and other traditional barcodes. As a matter of fact, Code 39 does not have any error checking and correction ability at all. Therefore, the code becomes unusable once it has been damaged due to any reason. On the contrary, QR codes can restore almost all data if they are damaged. The scanner can still read the data even if the code is damaged. This is due to the fact that the data keys within a QR code include what is known as redundancies or duplications. It allows the code structure to be readable even after 30% of the code is destroyed.

You can scan QR codes in any direction you want as compared to traditional barcodes which can be read-only in one direction. This is because the information is stored both horizontally and vertically within a QR code. You don’t need to align both code and scanner vertically to scan the code as in the case of Code 128 or Code 39.

This feature actually makes QR codes super useful for all types of businesses, products, and documents. Furthermore, QR codes are more tolerant towards an inadequate quality of printing while other codes are simply redundant in such a case.

QR codes can be scanned using a range of devices that can be easily carried between different locations. For example, a user can simply scan a QR code using their phone while in stark contrast, scanning a more traditional barcode would require a barcode scanner which is neither readily available nor easily portable.

This further elaborates upon the ease with which QR codes can be used since devices such as mobile phones are tablets are used by a larger part of the population rather than barcode scanners.

QR codes can further classify information contained in them in specific areas within the code. This makes it easier for the user to only read the required information. He can either read the information on one side or information stored on the other side. Traditional barcodes simply lack this excellent feature.

QR codes belong to the latest 2D technology of barcodes. This means that the data density is exceedingly high which is why a single symbol consists of up to several hundred bytes of data. Therefore, almost all of the scanning software and devices support them. You can scale them easily using any software or device available to you. On the other hand, Code 128 and Code 39 are slowly becoming obsolete. This simply means that modern software and devices will not scan them, making them virtually useless.

The advent of QR codes is just one example of how rapidly technology is advancing. QR codes have totally revolutionized the business world. They provide a safer, advanced, reliable, and quick option to store your important data and protect it from miscreants.

Creating a PDF with ByteScout is quite a simple task. It needs to add ByteScout PDF SDK in your project at first, and include its...