ASP.NET is a server-side programming language used for developing dynamic websites, web applications, and web services. Before dwelling into the details of the ASP.NET let us first differentiate between a static and a dynamic website. 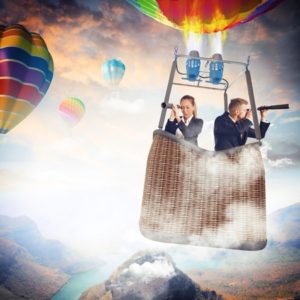 In the earlier days of the internet and World Wide Web, the applications or websites developed were nothing more than online brochures. These websites were used to convey information to the users and users could not interact with these applications and could not alter the data of the website, for this reason, these websites were named static websites. With the passage of time, technology got more and more advanced and websites began to evolve. These days most of the website is interactive, having databases at the back end and the user can alter the data on these websites. Facebook, Twitter, and Wikipedia are the biggest examples of dynamic websites. ASP.NET is a web application development platform that allows dynamic application development.

Let us first explain the little history and versions of ASP.NET.

ASP.NET evolved from traditional ASP. ASP stands for active server pages. Microsoft enhanced this web technology and embedded it in its revolutionary .NET framework. Initially, two beta releases of ASP.NET were released in 2000 and 2001. In the year 2002, Microsoft launched the first version of its .NET framework, version 1.0 on the 5th of January 2002. ASP.NET 1.0 was part of this framework. ASP.NET was built on Microsoft’s common language run time technology which means that it can be used with any .NET language in a uniform manner.

ASP.NET is a Microsoft scripting language created with the purpose of adding to the .NET platform with tools and libraries specifically for building web apps and enabling developers to create interactive websites. It also allows developers to use languages like Visual C#, Visual Basic, Visual C++, and Visual F# to make websites.

ASP.NET expands the .NET platform by having a base framework for processing web requests in C# or F# and with libraries for common web patterns, like the Model View Controller. It also has editor extensions to code completion, syntax highlighting, and other functionality specifically for developing web pages. For instance, Razor, a web page templating syntax is a great tool for building dynamic web pages using C#.

Additionally, the authentication system included libraries, databases, and template pages for handling logins, including multi-factor authentication and external authentication. ASP.NET has another advantage in being cross-platform so it runs on macOS, Windows, Linux, and Docker.

Over the years, different versions and improvements in the .NET Framework have been made these also included updates for ASP.NET. The most significant of these are considered in detail chronologically.

This first version was released with Visual Studio .NET. It did more than simply rendering HTML. In fact, it served the purpose of being an object-oriented Web application development tool supporting other standard OOP features. So programmers were no longer forced to use Server.CreateObject(…). Also, programmers could utilize DLL class libraries as well as other features of the Web server to build more robust applications.

This version of the ASP.NET was released together with Visual Studio 2005 and Visual Web Developer Express and the SQL Server 2005. It included upgrades that improved navigation controls, master pages, and supported 64-bit processors. Other features introduced were login controls, full pre-compilation, personalization services, new data controls, and a new technique for declarative data access.

This version of the ASP.NET was released as an update with Windows Presentation Foundation (WPF). The Windows Communication Foundation had the ability to use ASP.NET to host services and Windows CardSpace used ASP.NET for login roles.

This version of the ASP.NET framework was released with Visual Studio 2008 Service Pack 1 with the capability to combine multiple JavaScript files into one file for more efficient downloading, open new namespaces and with support for controlling browser history in an ASP.NET AJAX application as well as the incorporation of ASP.NET Dynamic Data.

This version was released with parallel extensions and other .NET Framework 4 features. So the main changes were new properties added in the Page class including the MetaKeyword and MetaDescription.

This version of the ASO.NET framework was released with Visual Studio 2013 and included the introduction of Open Web Interface for .NET which became a standard for an interface between .NET Web applications and Web servers. Before these web applications could not easily be run on another Web server unless with Mono because previous versions were built on top of IIS. This version also had EF 6, MVC 5, and SignalR.

This is the current version of ASP.NET that is available. It has enhancements inaccessibility for WinForms, service behavior for WCF, and High DPI.  There are also JIT and NGEN Improvements, updated ZLib, and reduced FIPS Impact on Cryptography.

TOP-5 Smart Contracts and How to Use Them

If you use or create technology in any way, you’ve probably heard all about Blockchain. But what exactly is Blockchain? How does it tie to...