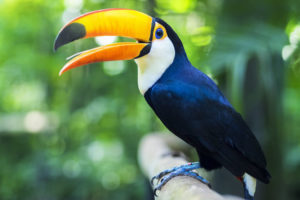 In plain terms, it is a collection of technologies that are utilized in expanding the user interface of web applications.

Npm is also called Node Package Manager. It takes the top place in the front-end technologies list. It is acknowledged to be one of the most comprehensive software registries. It has public and separate groups of packages of source code for mobile applications, web applications, and numerous JavaScript-related materials.

Vue.js is a web framework and programmers utilize it for creating user interfaces. It runs as an autonomous tool that develops web interfaces without expecting to have a supplementary annex. Vue.js is one of the extremely attractive front-end technologies, and its demand keeps growing day by day.

Bootstrap is an extremely adapted front-end tool to produce responsive applications. It includes the most famous HTML, CSS, and JS frameworks. They get the efficiency of applying a preconfigured grid, which decreases their role of coding. It implicitly adjusts images based on the given screen area. It also includes navigation bars, dropdowns, progress bars, thumbnails, and many more such crucial objects.

It is a collection of developers’ tools. These are developed undeviatingly into the Google Chrome web browser. This is one of the most dependable front-end tools. These tools allow programmers to modify pages and recognize issues quickly. As a result, users can develop more solid websites. Furthermore, with DevTools, users can inspect and modify any page. The amazing thing about this tool is that it contains a built-in console for executing JavaScript and can animate various screen sizes and designs. DevTools is widespread among developers as an indispensable front-end developer tool.

Ionic is an open-source Software Kit utilized for developing Hybrid Mobile Applications. It has three main elements; a Sass-based UI framework, a compiler, and an Angular framework. The UI framework is used particularly for mobile UIs. The angular framework supports developing scalable applications quickly. Programmers utilize compilers like PhoneGap or Cordova for developing local apps with JavaScript, HTML, and CSS. The ionic framework is made up of various operative CSS elements out-of-the-box. Ionic 4 knocked on the market and symbolized the change of Mobile for Angular into a Compelling UI layout custom and app framework.

Backbone.js provides arrangements to web applications by allowing designs with key-value cover and custom functions. It also has collections with a vibrant API of function with event handling and joins it all to the present application across a RESTful JSON interface. The single most powerful thing that Backbone gives is that it allows users to keep business logic separate from their user interface. When the two are involved, innovation is difficult; when logic doesn’t rely on UI, the interface becomes more convenient to work with. It also allows users to reproduce their data as Models, which can be designed, approved, and released to the server.

Grunt is one of the most widely used task runners on NodeJS. It is an extremely popular framework in 2021. It is adaptable and widely utilized and a favored framework when it comes to task computerization. It gives many bundled plugins for everyday tasks. Grunt primarily focuses on automation. The Grunt ecosystem is large and it’s increasing every day. With several plugins to pick from, users can utilize Grunt to automate various things with a grain of stress. If someone hasn’t previously developed what users expect, authoring and distributing their Grunt plugin to npm is simply amazing.

Foundation is one of the most high-level responsive front-end frameworks in the world. This framework works for any device, mechanism, and receptiveness. This active front-end framework makes it simple to create dynamic websites, apps, and emails. It gives the most accurate markup without reducing the efficiency and agility of the Foundation. It takes a dynamic perspective to the next level, with the much-required factor grid hosting for tablets. All code snippets contain ARIA properties and functions along with guidance on how to correctly use these elements. This helps assure that every website created on Foundation can be utilized everywhere, on any device.

Since backend frameworks are composed in various programming languages like PHP, Python, Java, and Ruby among others, and have distinct characteristics, the selection of the proper backend web development framework mainly depends on the characteristics needed in the application. Here are the top 5 backend technologies.

Issued in 2013, JHipster is an open-source tool for swiftly creating and extending advanced web applications utilizing Angular or React JavaScript functions, libraries, and the Spring Boot framework. JHipster, which has been inferred from ‘Java Hipster’ has a robust focus on developer richness, variety, and tooling.  The JHipster application dynamo, which is primarily a Yeomen dynamo, has a cross-platform operating method and is composed in Java. There is a server-side and a client-side. On the server-side, there is a Java stack applying Spring Boot. On the client side, it has a responsive UI aided by Angular and Bootstrap. There are also numerous other elements and auto-configure instruments that are obtained in the web application framework.

ASP.NET Core is the open-source variant of ASP.NET. It works on various operating systems like macOS, Linux, and Windows. ASP.NET Core was first published in 2016 and is a version of more advanced Windows-only versions of ASP.NET. ASP.NET Core is intended to allot runtime elements, APIs, compilers, and languages develop swiftly, while still giving a well-built and advanced platform to manage running apps. The amazing thing about this tool is that various versions of ASP.NET Core can work parallelly on the corresponding server. It means one app can choose the most advanced version, while other apps keep working on the account they were deployed on. ASP.NET Core gives different maintenance lifecycle choices to match the requirements of the applications.

Express.js is a leading backend framework that is trusted by various big guns like IBM and Accenture because of its high-level characteristics. Express.js maintains REST API applications and is extremely adaptable. Issued in 2010, Express or Express.js is the smallest Node.js web application structure that gives basic web development characteristics like it is straightforward to configure and simple to learn and it has a prominent routing API.  With a variety of HTTP utility systems and middleware at the user’s end, designing a sound API is swift and simple. The amazing thing about this framework is that it gives a light coating of basic web application characteristics, without covering Node.js characteristics that many developers know and enjoy.

Originally started in 2011 under MIT permission, Laravel is an open-source PHP frame that depends on the MVC design. Laravel is a comprehensive backend mechanism for creating a blog, news, and e-commerce website. With an automatic interface, advanced API support, and boundless libraries, Laravel interprets the construction of protected and functional web applications. Taylor Otwell designed Laravel as an effort to implement a more high-level option to the CodeIgniter framework, which did not give specific characteristics such as built-in assistance for user authentication and permission. Some of the specialties of Laravel are a modular packaging method with a proper dependency handler, several techniques for reaching relational databases, services that help in application deployment and support.

On the other hand, Laravel Lumen is a simple micro-framework created on the base of Laravel. It is a more simplistic and stronger version of the comprehensive web framework that expedites up web development. Issued in 2015, Laravel Lumen enables developers to develop microservices and advanced APIs.  Lumen is proper for projects or segments that need to use the service & ability of Laravel but also needs to raise up the pace of their application and for that, they’re even set to lose some configuration & compliance that arises with Laravel.

The Phoenix Framework ensures to be both agile and rich. It’s an improvement of various technologies like the Elixir programming language and the Erlang Virtual Machine. Elixir works on the Erlang Virtual Machine applied to control scalable and high availability operations. Phoenix can be used from addition to production. It boats with built-in automation and a dashboard that provides acumen into the Erlang VM capability to manage numerous connections adjacent to Elixir for developing robust systems. It also decreases the operational difficulty and limits the developers’ pressure.

Spring Boot is a framework on top of Java. It was designed by Spring to be simple to apply, and give production-grade applications that users can use. Spring Security is a robust and extremely configurable authentication and access-control framework. It is the model for ensuring the security of Spring-based applications. It is a framework that concentrates on giving both authentication and support to Java applications. Like all Spring designs, the real strength of Spring Security is seen in how efficiently it can be continued to satisfy custom specifications. It also contains Spring Roo. It creates applications centered on more latest Spring technologies like the Spring IO platform, Data, etc. Certainly, the Roo builds Spring Boot applications.

Data Matrix is a type of 2-D barcode with very high data density and can encode a large amount of data. Data Matrix consists of...

How RPA & AI Will Revolutionize The BPO Industry

There is a very interesting similarity between Robotic Process Automation and the BPO sector. Both of them are strictly interested in outsourcing the job. In...