What Kind of Environment Developers Like to Work in? - ByteScout

What Kind of Environment Developers Like to Work in? 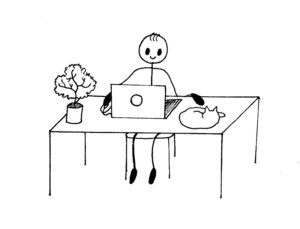 There are some people such as database programmers, database administrators who program in complete silence alone. This is because sometimes it is very difficult for them to write efficient database queries if they are in a crowded or noisy environment.

Some software developers also prefer to work in a small cubicle with their paramount teammates, essentially architects and developers, since they manage to have an equivalent job ethic. Too many people point to interrupt the course because their job is to communicate and organize meetings.

A positive purpose describes the aims and specific styles that represent the greatest dedication to excellence and service to each other, the company, clients, and employees. Many software developers admire such an environment which focuses on positive values. Programmers prefer such companies that hover out to accomplish their aims in moral, reliable ways with a high sense of confidence.

Many software developers always look for a positive environment that focuses on kindness and acceptance. They always expect support and encouragement during a challenging project as well as during their problems such as disasters, sicknesses, tragedies, and natural calamities.

This world has become a smaller place because of the internet and smartphones. There are many companies that allow their employees to work from any or remote location with flexible working hours. The influence of a company’s flexible working hours is exhibited in its capacity to accomplish its goals and productivity, and in their employees’ well-being. The company culture can make or break a business. The 9–5, 40-hour workweek is a representation of how the job was delivered back in the old days. Many companies still follow this rule. During this period programmers hit a clock to estimate time achieved, and administration practices that as a criterion of productivity.

Today’s software developers don’t like many such environments. The developers are energetic creatives who fancy acting in a self-governing environment in order to produce their high-grade work. Sadly, administration at some organizations still adheres to hours acted as a gauge of productivity.

Due to the characteristics of the software community, projects usually become very hard briefly as the deadline surrounds. This method is recognized as “crunch time”. In many organizations, it is considered that programmers will admit devoting more hours than they usually do.

Some programmers find it challenging to settle so that they can stay ambitious or just because their task and its completion means so much to them. These days software developers understand the importance of work-life balance and significance of the vacation period. Due to this, many developers give utmost importance to work-life stability. They always look for such companies that support their employees to attain work-life balance by both valuing their relaxation time and giving them compelling events at work so that they don’t have to hunt for them outside.

One of the most valuable things software developers always prefer in a company is a safe and resolute atmosphere. This doesn’t just involve a steady salary, but also demonstrated records of constant progress and a feeling of job safety. Although it’s nonsensical to assume stability all the time, a trustworthy track background is an excellent sign that the company can give the kind of environment software developers require to achieve new heights.

Software developers are attentive on coding and designing together, and personally, hold themselves answerable for the essence of their work. Having the opportunity to learn new programming concepts is essential for any software developer, but it’s particularly critical during the early steps of their profession. For that purpose, software developers know the importance of finding a job that supports them to learn as much as possible.

In an open environment, everything is questioned, discussed, and observed freely and are encouraged. When someone recommends a new coding strategy, design, someone else questions why it would operate better than the other options. Many software developers just want such kind of environment where the environment is free and open for discussions. They always think that problems encourage discussion, and because everyone’s suggesting or asking questions, everyone is pushing the company ahead. Nobody is discouraged or criticized for his or her opinions, and all ideas are respected uniformly.

Feeling valued is an essential part of any developer, but it’s particularly relevant in their working world. While this doesn’t fundamentally imply that there should be freebies, it does mean that the company should always appreciate your hard work by giving positive feedback and backing your struggles to study and grow.

Software developers know the importance of a good working environment. Wholesome workplaces lead to present a universal set of qualities that encourage perfection, productivity, and brotherhood. A good positive environment is a representation of authority and the work situation. As a new programmer, working for a firm with a definite company ethos can shape a better career and growth. If developers end up in a company with a negative environment it can influence their aptitude, the capacity to study, and develop as a good software developer.

excerpt from the upcoming book 'Without Office' by E. Mironichev Coworking is redefining the way we do work. Inspired by the participatory culture of the...

All About Progressive Web Applications and NewSQL

The point of progressive web apps is to make optimal use of the ever-evolving capabilities of browsers. One such advanced browser capability is to store...