Should I Really Purchase and Use VPN on my Phone and Computer? - ByteScout

Should I Really Purchase and Use VPN on my Phone and Computer?

Before we go into some of the more technical stuff or anything else, let us first clarify what it actually is. There are, in fact, a lot of speculations about a VPN – some are true, most of them are simply rumors.

So, what is a VPN? A VPN (Virtual Private Network) is used mainly to encrypt your connection to the Internet and hide the original IP address of your computer, phone, or tablet. It uses various tunneling protocols to effectively encrypt all the traffic that enters and exits it. There are many uses of a VPN including:

In simple words: with VPN you are accessing the Internet through a trusted remote computer via a strongly encrypted channel. 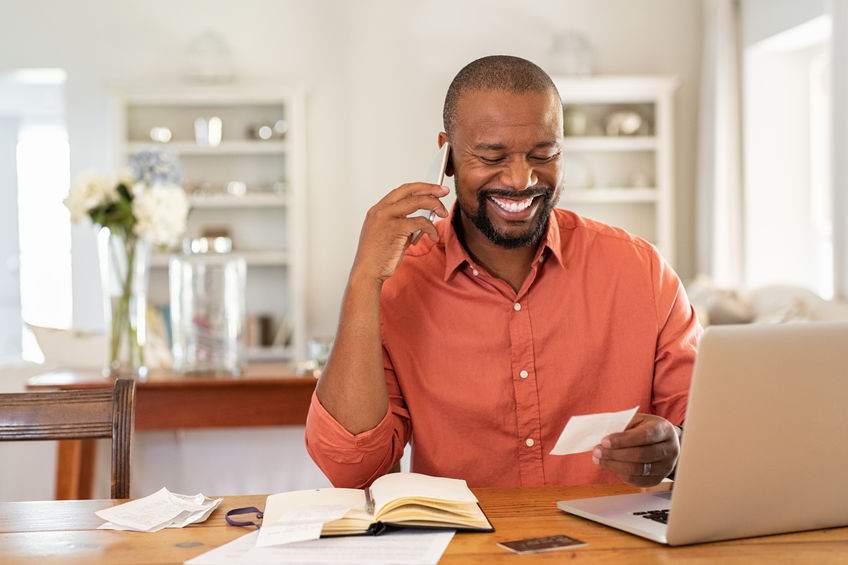 The history of the VPN goes as far as 1996, when Gurdeep Singh-Pall, then a Microsoft employee, created the Peer to Peer Tunneling Protocol (PPTP). This allowed users to enjoy a secure connection and work securely and freely from home. By the start of the new century, VPN was quite a well-known technology and since then it has evolved and changed.

Although VPN was a tool that was mainly used by big corporations, the status changed soon. It didn’t take long for individuals to understand that even normal people could make good use of what a VPN offers.

With the advancement of the internet, the world witnessed astonishing technologies and innovations. But alongside the positive things, it had to endure several restrictive measures and detrimental acts as well including hacking, spamming, and phishing. It did not take long to realize that the VPN could prove to be one of the main weapons to heighten their security and protect their privacy on the Internet.

The danger of Public Wi-Fi

Public Wi-Fi is common everywhere: restaurants, airports, museums, public spaces, star bucks, and many other places. It is no brainer, it is free and high chances you do not read the Terms of Use every time you connect to free Wi-Fi. However, free wi-fi spots can be used to track your location. Worst of all there is no guarantee that this wi-fi is not a fake hotspot established by some malicious person to trick you into sharing all the data you transfer. Unfortunately, devices like  WiFi Pineapple are sold publicly.  Once your phone or computer is connected to such a device, hackers can intercept all the data you receive and send it to the Internet.
That is why you should use a VPN along with a public Wi-Fi network, so even if your connection is intercepted, it will take ages to decipher data because it goes through encrypted

The difference between the public and private networks is more of a security issue than a topological or structural one. In short, a public network lets anyone (and by anyone, we mean literally anyone) to connect to and use it.

A private network, on the other hand, is governed by much more restrictive rules and allows one to connect only the authorized users. Another slightly more technical aspect of a public network is that as literally any device can connect to it, the addressing of the devices is slightly trickier. Compare that to a private network where, in general, the addressing scheme has more freedom.

Properly setting up a private network might not be a trivial task at all. You need to consider all the access restrictions and security measures while configuring the network. It’s not rare at all to see specialized hardware to improve the security aspect of the network.

Private networks are mostly used by the big corporate organizations and institutes as they deal with crucial, and oftentimes sensitive data. Even the network set up by an individual can be considered as a private network as it is supposed to be used only by the users that have proper authorization.

Public (open) network, on the contrary, can be found in the cafeteria and the hotels. Needless to say, they are both much less costly to set up and maintain. But at the same time, they are prone to malicious attacks. As anybody can access the network, hackers and malicious programs can infiltrate the users’ system pretty easily.

VPN was mainly invented for business users to add an additional layer of encryption between you and the remote resource. But nowadays as online banking is more popular, VPN is used by non-business users too.

You need to understand how VPN works in order to make an informed decision about which one to choose. Also, by having a clear understanding of what is happening under the hood you would never be lost.

The advantage of using a VPN is that all the traffic is sent through a secured, encrypted connection. So when you try to connect to a resource on the internet, say a website, first, a request is sent to it. In return, a response is generated by the website that is sent back to the user.

When you use a VPN, all the communication takes place using an encrypted tunnel. Another thing to notice here is that all the traffic goes through the VPN provider’s server implying the website would notice that the traffic is coming from the location where the server is physically located.

How the data is concealed from the over-eager eavesdroppers? Simple, encryption. In simple terms, it converts the data into a form that would be useless for others. It would be nothing more than some gibberish to the one who intercepts the data. In order to convert it back to the earlier form (e.g. decryption), the receiver would need a special key.

This key is known only to the system that generates the traffic and the VPN server through which the data is redirected. In other words, it becomes nearly impossible for the hackers and government interceptors to make sense of the data even if they are able to get their hands on it.

HTTP (Hypertext Transfer Protocol) is a layer 7 protocol in the OSI model. In simpler terms, it’s a set of rules to present information for transferring data over a network. It’s widely used for sending and receiving requests and responses respectively while accessing a website on the internet.

As the data is sent in a human-readable form, there is always a chance that sensitive information like personal information or password might get highjacked by the eavesdroppers. Powered by TLS/SSL cryptographic protocols, HTTPS (Hypertext Transfer Protocol Secure) always encrypts the data before sending them over the network. And this is precisely why you should never, ever exchange sensitive information on a website that does not use the HTTPS protocol.

More and more websites use HTTPS but still, there is no guarantee that some app on your phone or computer, or some website still uses the non-encrypted connection. So VPN is the layer of security and encrypting on the top of existing encryption tools to make sure that no data is sent in an open forum.

As mentioned, instead of communicating with the website directly you send the data via the VPN server. This can effectively reduce your internet speed in many situations as you need to send the data packets to the VPN server explicitly. The amount of burden can vary depending on many factors such as the physical location of the server (usually a close server is preferred), the type of encryption used, and the VPN protocol followed.

Now, the lag might not always be noticeable. For some VPNs, the lag might be large, while for the others it might not even be noticeable in the presence of a moderate CPU and bandwidth. The VPN providers try to optimize the pipeline to minimize the slowdown. In the best case, you might expect to witness as little as a 5% reduction in speed.

Many VPN apps provide so-called Kill Switch (also known as Internet Kill Switch or Network Lock) feature that constantly checks if your connection goes through a VPN  and locks your access to the Internet if (for some reason) VPN connection was lost. This feature helps to make sure that you don’t get into the situation where you forgot to turn VPN on before accessing some websites or resources because the Internet won’t be accessible without a VPN connection.

Disadvantages of the VPN

Now, there are certain drawbacks of using a VPN that you should surely keep in your mind.

There are a lot of VPNs out there to choose from. Each comes with its own pros and cons. Some are good for streaming media, some give best of its kind encryption while some other is known for its cheap rates. So here is a list of VPNs that are well-known across the industry.

Should you select free VPN overpaid ones? The answer is NO. Someone should be paying for servers and if you are not paying, then there is a high chance that your data is sold. For example, recently it was revealed that Facebook was tracking users and their web activity through their free VPN tool called Onavo.

Command-line tools range from scripts to libraries to applications and can solve several difficulties for users. Normally, they differ from web dev to service to...