How to Print the Human Body - ByteScout

How to Print the Human Body

Surgeons perform billions of operations all over the world yearly. Many of them are quite trivial and cosmetic, while some of them involve transplantation. According to a survey, more than 100 thousand transplantations took place alone in the US in 2015.

Many times the donors voluntarily donate non-essential body parts to a victim. But due to an overall lack of donors, the supply of such organs might become scarce and irregular. This has led the researchers and scientists to study how they can produce the needed organs artificially so that the organs can be produced as and when needed cheaply. 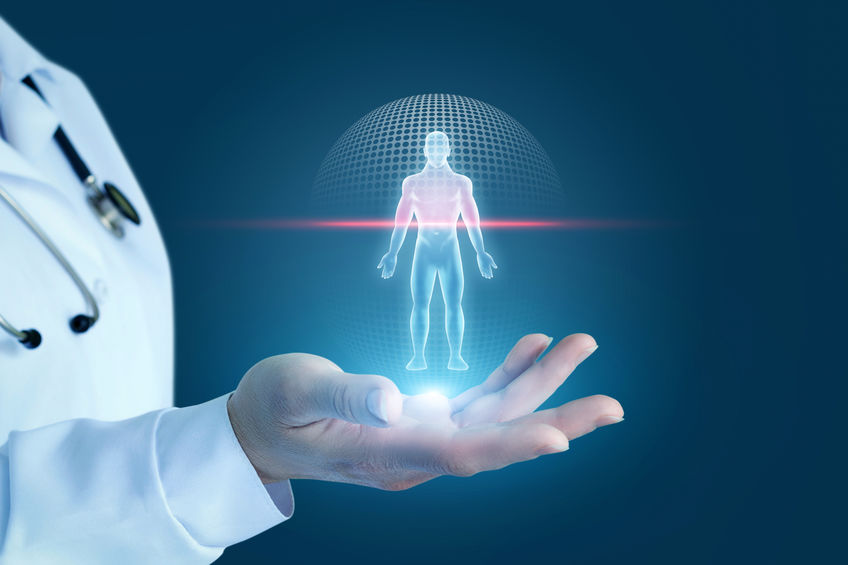 Printing the organs can be an efficient yet cheap way of mass-producing human organs. Many things are made these days using 3D printers – starting from small showpieces to a car. That being said, human body printing still is an experimental sector that is going through a lot of tests and trials. Artificially created tissue this way is being used for bio-medical purposes including drug testing.

Bioprinting (i.e the act of reproducing the human organs and body parts) came into fashion around the early 2000s. It was around that time when it was observed that living cells could be used in the 3D printer. Hence they could be used for producing human organs. Often printers use more than one nozzles for using multiple materials. Similarly, using multiple cell types and tissues along with polymers in Bioprinting is pretty common. The polymer act as a binding agent that helps keep everything together.

By depositing layer upon layer, it is possible to create complex and functional micro organs. Scientists are working on artificially creating various human organs including (but not limited to) kidney, liver tissue, cartilage, bone, etc.

There has been ongoing research in creating the network of blood vessels which are essential in keeping the organs alive. Researchers have successfully implanted artificially printed ears, bioprosthetic ovaries, and muscles into various animals. The next big step is to apply this knowledge to the human body.

Johnson & Johnson, one of the world’s largest pharmaceutical companies, is invested big time in the idea of Bioprinting. They formed alliances with many well-known academics and biotechnology firms including Tissue Regeneration Systems and Aspect Biosystems Ltd.

Tissue Regeneration Systems is a firm based in Michigan that is currently working on developing implants for the treatments of defects in the bones. Aspect Biosystems, an independent farm from Canada, is trying to print menisci, cartilage pads situated in the human knee.

Bioprinting has the potential to help other related fields such as drug testing. Organovo offers its artificially printed kidney and other organs (such as liver tissue) for drug testing. It helps in understanding the effectiveness and safety of new drugs and chemicals on the artificial organs. It has a multitude of different advantages – first, the results obtained from these tests are much more reliable compared to the tests that are performed on the animals. Second, it helps reduce animal testing.

Many commercial companies are working on producing artificial skin. L’Oréal, the biggest cosmetic brand in the world, is on the hunt. They produce 50+ sq. feet of artificial skin annually for their internal use and testing.

Some other participants in the race include the American consumer goods giant ‘Procter & Gamble’ and ‘BASF’ (the second-largest chemical producer in the world). Bioprinting can help in producing a wide variety of skins in less time.

The principal utility, for the time being, remains testing the adverse effect of various cosmetic and chemical products on the skin.

Putting those commercial testing use cases aside, artificial skin has immense potential to be used for surgery and transplantation purposes. In the near future artificially printed skin might be used for treating burns and ulcers as well as grafts.

There is also the possibility of growing the artificial skin right on our body which means the need and scope of the surgery become less. The Pennsylvania-based firm Renovacare has created a sprayer that can inject the stem cells right on the wounds (probably of a burn victim). One of the major concerns for any kind of internal prosthetic or organ is the rejection by the immune system of the host body. But if the stem cells come from the host itself and the skin, as mentioned earlier, is grown right on the host body there is no chance of immune rejection.

There are still a lot of legislative grey areas. Such a clouded regulatory outlook hampers the natural flow of the development. The lack of a definitive regulatory framework is racking the field of Bioprinting. For the sake of arguments, say the researchers come up with an artificially printed, fully functional heart. So the next question that arises is which body of laws should be applicable beyond the Food and Drug Administration (FDA) regulations?

In the US, for example, there is the National Organ Transplant Act (NOTA) that outlaws the sale of human organs and provides for the establishment of the Task Force on Organ Transplantation.

The Task Force handles all medical, legal, or economic issues that may arise due to obtaining or transplanting deceased human organs. Then again, NOTA was written with natural human organs in mind. Hence, there are limitations to it. When all is said and done, we do need a separate set of rules and policies governing the business of Bioprinting.

The final aim ultimately is to produce the whole human organism. But that’s easier said than done. Experts hope we should be able to produce reasonably complex organs like a kidney in the next 5 years. Regenerative organs like livers are on the verge to be produced artificially. Heart, on the other hand, is a different beast. Complex organs like a heart that consists of many different functional units and has complex internal geometries are surely going to take longer.

3 Restrictions on Indexing and Partitioning

There are three limitations to indexing and partitioning. A special index cannot be regional or non-prefixed. A transnational non-prefixed index is not possible. A bitmap...

Laravel is a great low-code platform or framework for PHP coding! Laravel creates a lot of code automatically and includes a bevy of convenient templates...