Digitization in Agriculture in India - ByteScout

Digitization in Agriculture in India

Although quite a lot is planted every day around the world, a significant amount of food is lost within farms. This loss is a result of several factors that directly affect all aspects of agriculture, particularly within India. The waste of food is problematic and potentially catastrophic. Additionally, the waste of food has the potential of completely destabilizing the food supply chain, thereby leading to a regional or global crisis. This problem can further be magnified by the occurrence of unfavorable weather conditions (e.g., floods or drought) and global economic crisis.

One such way of mitigating this potential catastrophe is the digitization of Agriculture in particular within India as agriculture is one of the most important sectors within the country. The inclusion of technology within agriculture within India has significantly improved the planning and execution of agricultural projects within the country. Furthermore, it has significantly reduced the likelihood of failure, loss, or waste as a significant number of assessments are done to minimize risk. Likewise, this does more in pest control, disease identification and mitigation, processing, and fertilizer improvement and access. 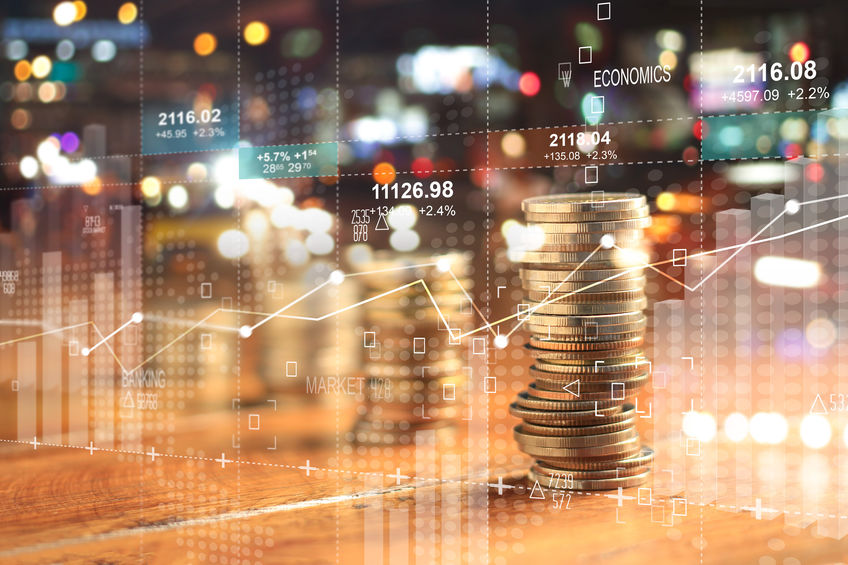 Overview of Agriculture in India

It is a known fact that most Indians are dependent on agriculture as a way of sustaining their lives and the lives of those that are dependent on them. It is estimated that over 50% of Indians rely directly on agriculture for either income or food. This number drastically increased to about 80% within rural settlements. Although the Indian Government has made significant efforts towards integrated farming, there are still issues to be tackled especially those related to the digitization of the agricultural sector. Nonetheless, several strides have been achieved thus far. Particularly, significant efforts have been made to assist small farming households to improve their income and reduce the debt burden, which has sharply increased within the last decade.

Improving the Income of Indians Through Digitization

Looking back from the 60s, the Indian food condition has significantly improved over the last 50 to 60 years. Indian has steadily moved from a population of largely poor and hungry people to that of a population that produces food for exportation to other countries. Now, the Indian government and several stakeholders are looking in the direction of including high-value agricultural products that will significantly boost income for all types of farmers within the country. At the heart of this shift, is the inclusion of technology. One such system that is being improved through the use of technology is the extension system.

Digitization of the Extension System

In simple terms, the extension system within India is a scheme that is aimed at assisting farmers of all levels by teaching them cutting edge agricultural processes and methods to increase efficiency and income. Furthermore, the ultimate desired outcome is to improve the living and social status of the agricultural community through a robust agricultural educational system.

In the last few years, the extension system has been strengthened through the use of technology. As a result, a larger number of farmers within inaccessible locations can participate in the program. Educational information about agriculture can easily be sent periodically to the farmers’ mobile devices. Also, small coordinated workshops are easily organized at various remote locations. This advancement has significantly increased efficiency and has reduced the cost involved with the extension system.

The agricultural insurance policy within India has been made more efficient and effective with the use of technology. Insurance providers can use unmanned aerial vehicles, satellite imagery, and geotagging to monitor farming activities within insured locations. The use of satellite imagery and geotagging has significantly increased the willingness of big insurance companies to participate in agriculture within India. Additionally, this has improved the overall crop cutting process, which is embanked by the Indian Government. As better and cheaper technologies rollout, it is likely that the data collected with be more reliable. The increase in data reliability further accelerates the insurance settlement process once a claim occurs.

The inclusion of technology within the marketing segment of the Indian agricultural sector has brought about important improvements. Several agricultural consortiums that have been developed over the years to cater to small farmers have ended up becoming monopolies for large scale farmers. However, the introduction of ICT within the marketing segment has given new life to the agricultural consortiums. Now, smaller and more efficient retail agricultural groups have been formed to serve as intermediaries with the larger groups. The key element of integrating all these groups to work together in unison is the use of communication tools that ensure effective communication and control. Therefore, buyers and sellers of agricultural produce now participate within a market system that is transparent to all parties involved. Bids for produce are made publically for all to see. This scheme is possible through eNAM, which is the national system for the agricultural market. The introduction of eNAM has drastically broken monopolies and has increased the volume of the market to values that have never been seen.

The Indian government has embarked on an ambitious soil management plan that is aimed at ensuring the viability of the countries soil for agriculture. Having fertile soil is key for a country of more than a billion people to remain agriculturally self-sufficient and also have the capacity to export food to other countries. The soil management system’s objective is to test the soil of every farmland within a stipulated timeframe. This process is carried out to ascertain the nutritional and chemical content of each farmland to provide detailed feedback to farmers. Ultimately, farmers get to make informed decisions about their farmland to ensure productivity and efficiency.

The need for the digitization of agriculture in India is paramount for a population of over a billion people. In recent years, several schemes have been developed and improved through the use of technology with the sole aim of improving the income and the standard of living of the people of India.

In data analysis, dimensionality reduction in the form of transformation changes the data from a higher dimension to a lower dimension. Computer scientists use this...

We have compiled a list of the top 7 image-editing software for android. These apps can be used to perform any image enhancing and editing...