A crucial step in the software development cycle is testing a software program before it is released and used by end customers. Software testing automated tools ensure that a particular software product operates or is utilized in compliance with the guidelines as per the requirement of the clients. Finding the appropriate technology for the project is essential to the success of any test automation effort. 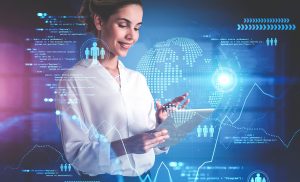 Choosing an automation tool might be difficult because so many open-source and paid programs are available. Test automation is the biggest barrier to achieving “Quality at Speed,” based on the latest World Quality Report 2020-2021, as it enables Agile and DevOps adoption feasible. Therefore, I will discuss the Top 10 Automated Software Testing Tools over here.

An automated testing tool for mobile applications is called Appium. Its features include execution on actual devices, simulators, and emulators, cross-platform testing with reusable test scripts and the same APIs, and support for the following programming languages: Java, C#, Python, JavaScript, Ruby, PHP, Perl. A patch release for Appium with a problem repair in configuring the session capabilities was made in January 2021.

Appium is based on a server model and employs automation frameworks that are offered by the vendor. It is comparatively simpler to set up and utilize. Appium has become one of the top mobile automation testing solutions as a result of its enormous popularity and stability.

One of the software testing applications called Selenium is utilized to simplify web application testing. It is a superb open-source automated testing tool that supports a wide range of programming languages and can run on a variety of operating systems and browsers. Some of its capabilities include supporting simultaneous test execution, developing large and sophisticated automation scripts, and serving as the base for the majority of other software testing tools.

To ensure that Selenium is a natural component of their browser, several of the biggest but well-known browser makers embrace Selenium with pride. Selenium Grid, Selenium WebDriver, and Selenium IDE make up its product package.

When comparing tools for testing web applications, TestComplete, from SmartBear Software occupies one of the top positions in the list. It offers several automated testing options for desktop, internet, and mobile apps, and is one of the top ten automated software testing tools.

It is a GUI automated test tool that can be utilized by either technical or non-technical people to test every desktop, online, and mobile application. The Test visualizer, GUI testing, Test recording, and playback, and Support for Scripting Languages – JavaScript, Python, VBScript, JScript, DelphiScript, and C++Script are some of its features.

No matter what your preferred software testing automated tools, Kobiton makes Continuous Testing for Mobile and IoT a reality. With our AI-driven scriptless method and/or your preferred open-source and script-based tooling, you can quickly automate Functionality, Performance, Graphical, and Compatibility testing. Utilize Kobiton to guarantee complete quality and launch at DevOps pace.

The Kobiton mobile device test platform includes the ability to automate tests without using scripts. It may turn your manual testing into automatic ones. On thousands of devices, Kobiton-created scripts may be run. Kobiton provides easy CI/CD interfaces and comprehensive session exploration-assisted IoT testing remediation.

The application is developed on top of the free and open-source Selenium and Appium automation frameworks with a unique IDE interface supporting API, web, and mobile testing. This application comes with a comprehensive set of potent features that aid in overcoming typical difficulties in web UI automated testing. The online and mobile environments are supported by the open-source automation technology known as the Katalon Platform.

The tool supports external Java libraries and utilizes Groovy as its scripting language. Java-based Selenium scripts may be reused and used directly within Katalon. Systems for continuous integration like Bamboo, Jenkins, and TeamCity are smoothly integrated with it. Several of its attributes include It is versatile since it operates on Windows, macOS, as well as Linux, and it comes with thousands of built-in keywords for constructing test cases. One has to consider the need to know at least a bit about programming to utilize this.

An open-source program called Cucumber was created using the idea of behavior-driven development. By executing the instances that most accurately depict the behavior of the application, it is utilized to carry out automated acceptance testing. 20% of testers use Cucumber, which solely supports the online environment.

It was constructed to provide an improved end-user experience. Several of its attributes include Code that may be run on several frameworks, including Selenium. It supports several programming languages, including Java, Ruby Scala, Groovy, and Gherkin, which is a basic English language.

One of the greatest tools for testing web applications that offer a complete test automation solution is Telerik Test Studio. It may be used as a platform for testing desktop, internet, and mobile apps. One option for automating desktop, online, and mobile application testing, covering UI, load, and functional testing, is Telerik TestStudio. It supports C# and VB.Net as two scripting languages.

The test automation tool ACCELQ offers administration and automation features for online, API, and mobile applications. Users may generate test scripts, and testing processes that are in line with the business flow by using natural English when using ACCELQ’s natural language programming capability is a cloud-based platform for codeless test automation driven by AI that executes Web UI, API, smartphone, and desktop applications with ease.

Fortune 500 companies from various industry verticals throughout the world use ACCELQ to advance their automation goals significantly. It has been demonstrated that ACCELQ can align with continuous delivery and expedite automation development by three times while reducing maintenance by seventy percent, saving over fifty percent of costs.

Watir is another free software tool among the software testing tools for web automation testing. The word is pronounced “water.” One of the better automation scripting tools is Watir, which works with Internet Explorer on Windows. Support for Firefox, Opera, and headless browser HTML Unit is provided by Watir + WebDriver. Ruby is the scripting language.

However, any language may be used to automate web applications. Several of its attributes include Watir, another free software tool for web automation testing. The word is pronounced “water.” Several of its attributes include cross-browser testing for any dialect web application that tests the links, forms, and buttons on a website, as well as RSpec, Cucumber, and Test/Unit, which are examples of business-driven development tools that are compatible.

This tool utilizes the Visual Basic Programming Edition scripting language to operate the different objects and controls while operating the test procedures. A few of its features include the creation of variables for items, checkpoints, and information tables, automated documentation, an error handling system, and integration to Mercury Business Process Testing and Mercury Quality Center.

In the software testing sector, there must be a lot of automated software testing technologies. It is significantly important to not only properly test the program but also to address any problems that are discovered. To achieve that, you’ll need a dependable, skilled staff of software quality assurance testers.

Computer development is one of the coolest jobs in this world. Developers get to work on various domains and software applications for countless clients which...

SQL Server has 5 system databases: resource master model msdb tempdb You can see these databases under "System Databases" in the management studio. Resource It's...