All You Need to Know About Windows Media Video Format - ByteScout

All You Need to Know About Windows Media Video Format 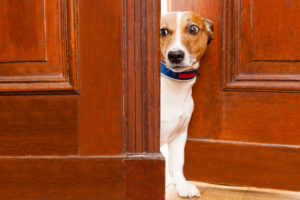 In 1999, Microsoft developed a new compressed video format to hold video encoded with several proprietary codecs. The initial version of this Windows media format, WMV7, was built on Microsoft’s MEG-4 Part 2. Two additional versions, WMV8 and WMV9, added improvements. Microsoft submitted the WMV9 version for standardization purposes to SMPTE in 2003. WMV9 was standardized in 2006 as SMPTE 421M, also known as VC-1. The basic purpose of developing WMV was to develop a media format that can be uniformly supported by all the Microsoft -supported devices and operating systems. Another major purpose was to devise a media format that could be used for streaming videos over the Internet.

Once SMPTE standardized Windows video format, WMV became one of the three video formats for Blu-ray video discs (BD-ROM). Thus, the WMV video format has excellent widespread support. Other formats, such as MPEG-4 and AVS, still compete successfully, however.

There are several advantages of using the WMV format over other formats.

WMV format is one of three compression technologies from Microsoft. These media formats are WMV Screen and WMV Image. WMV Screen is designed primarily for screencast content but has some conversion capability, as well. WMV Image is a video slideshow format.

Windows Media Audio files share similarities but have no video. The files have a WMA extension. The player is linked to different file formats utilizing the same file extensions, but necessarily the same formats. For instance, WMZ files are compressed WM player files that are the brain behind its interface. Windows Media Redirector files or WMX are shortcuts that point to Windows Media Video and Window Media Audio file types.

How to open a Window Media Video File

Firstly, what is a WMV file? What does WMV mean? It is a window media video file built on the Advanced Systems Format or Microsoft ASF container format. It possesses encoded video embedded with one of Microsoft’s WMV codecs which share similarity with .ASF file. Any .wmv file will automatically open in Microsoft Window Media Player(WMP).

Several Windows versions have Movies TV and WMP, so they simplify the process of opening .WMV files. Mac users can utilize Flip4Mac which is a premium service. This is because Microsoft has not been developing WMP for  Mac users after windows media video 9.

Other alternatives are Mplayer, KMPlayer, DivX Player, and VLC and they are free. They can play WMV audio and video files on both Windows and Mac OS. Other players are Elmedia Player which is also built for Macs.

In case your file is not opening after using the programs above, the chance is you are not opening a WMP file at all. Some files utilize the same extension, but that does not mean they share the same formats.

These are some examples

Google Play Video files are examples of WMV files. You can see them on Android gadgets as the only format Google utilizes to store movies and TV shows. You can also find them while browsing through the files on the gadgets via com.google.android.videos/files/movies/folder.

WMF files may also exist in the Metafile format. This is a graphics file format holding drawing commands, for instance, like explaining how to make a circle or triangle. The Widelands games make use of WMV files as well, map files storing the resources, map’s size, and location of characters.

Why Convert WMV to WMA

A lot of people love watching movies on mobiles, tablets, and PC. This approach has overridden other means of absorbing information over the years. Most of those videos are in WMV format. Windows OS supports this format, and this is why it is one of the most user-friendly operating systems. Nevertheless, you may want to convert a WMV file to a WMA file due to these reasons:

There are many reasons and whichever your reason, storing your file in the WMV file is the most ideal.

You can use web-based video converter software in converting the WMV file. Download and install it, then upload the Window Media Video and pick another format you desire such as 3GP, MKV, AVI, MP4 and FLV, and others. However, they do have their benefits and disadvantages. While it is not required to download any software, there is a need to always upload your video to the site before converting and this could typically take time if you desire to convert a large file.

Nevertheless, WMV files can be organized in the AVI or Matroska container format to have the AVI or MKV extension.

WMV format having a very good compression rate, is a very good format, especially for Windows platforms. But where compatibility and portability are the priority, WMV format is not a good choice.

Change the world with ByteScout

EAN-13 is a linear barcode type most commonly used outside America, particularly in European countries. EAN-13 is an abbreviation for European Article Number which is...