With the advent of handheld devices and mobile platforms, more and more people are shifting towards smartphones and tablets. Software development companies have also realized that mobile applications are the future.

Therefore several companies and individuals are designing apps to generate profit and attract the public towards their app. Android, being the open-source application development mobile platform is the most famous among the developers. Several applications have been developed for elders as well as for children. 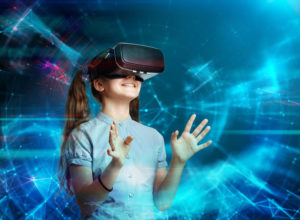 In this article, we have compiled information about some of the best android apps that can educate and entertain children at the same time. Here we go.

This game allows children to learn basic mathematics in terms of a fun game. This is an adventure (arcade) game containing animals, mountains and trees which inadvertently teach children, a basic mathematical operation such as addition, subtraction, multiplication, and division. This game is aimed towards the children of age 3-6. The best thing about this game is that this is absolutely free.

This is another excellent educational app for children. This application teaches children Basic English alphabets, numeric digits, shape and animals name. The application consists of a user interface containing animals, shapes, and numbers along with their spellings.

Children learn these concepts in the form of a game which is more fun as compared to reading dry books. This application is designed for the children of age between 2-5. Gummies Playground is also absolutely free.

This app is based on the transformer prime TV show which is further based on a book by Egmont Publishers. This is basically a storytelling app which tells the adventures of transformers robots.

This is an exciting music app for children of age 2-5 years. This application is categorized into six mini-games, where each game is moderated by a fairy which plays certain music. This is an entertainment app for children with no educational angle however it can be a very interesting activity for your child.

This is one of the most famous games for children as well as elders. It is available on both iOS and android and it is said that within the first three months, this game had over 100m downloads on android and iOS platforms collectively. This is a temple rush style arcade game where a minion is fighting with enemies and defeats them. This is another exciting free app and can be downloaded at the link.

This is another gaming application for android and is a sequel of the famous temple run with some added functionality. This game offers entertainment for children of all ages as well as elders. This is also absolutely free. The download link for the game is here.

The last app in the list of our top free android apps for children is another exciting educational app. Carnival of animals is a musical app which teaches students, several concepts of music such as timbre, rhythm, pitch, and volume.

Portable Document Format (PDF) – All You Need to Know

The abbreviation PDF stands for Portable Document Format that is a multi-format file format developed by Adobe Systems. PDF captures formatted documents such as images,...

Blockchain Inside Out in Simple Words

Two years ago I wrote a post called "Brave Decentralized World" mainly focused on the subject of decentralized networks. It was packed with a brief...