Versions and Improvements in .NET Framework

Some words about .NET Framework are at the previous article

.Net Framework is a known Microsoft product which is a programming framework that software applications use in order to run commands.  Visual Studio is the most notable tool for .Net Framework as it provides an integrated development environment for .NET software. Visual Studio 2013 Community Edition offered the first full-featured edition for personal development as well as compilers for programming languages such as C++. The newer Visual Studio 2017 has new features and even offers support for artificial intelligence. 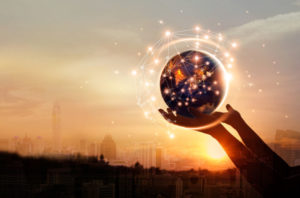 Meanwhile, the .Net Framework Class Library offers a treasury of reusable code for different applications. The purpose of this intuitive design was to considerably remove any complexities in the development of larger applications.

For instance, the .Net Framework Class Library is capable of providing database connectivity, data access, numeric algorithms, and other functions. Programmers can merge their sourcecode with .Net Framework as well as other libraries.

Another feature that hugely simplifies Windows programming is that the Object-oriented programming (OOP) is supported on the .Net Framework meaning that holistically, everything in .Net is contained in an object.

The framework is designed to be utilized by the latest applications formulated for the Windows platform. Therefore, it is not unlikely that a program will ask for a certain version of .Net Framework to be installed. However, if the latest version of the operating system is also installed there is backward compatibility with the older versions of the .Net Framework. Over the years, different versions and improvements in the .NET Framework have been made. The most significant of these are considered in detail chronologically.

This was the second version of the .NET framework. It contained updated ASP.NET and ADO.NET features. It also had the capability to run one application on a single machine with multiple CLR versions. It has two service packs i-e SP1 and SP2 which further improve the performance of the framework. It was released with Visual Studio 2003.

.NET 3.0 contained all the capabilities of 2.0 with the addition of Windows Presentation Framework, Windows Workflow Foundation, and Windows Communication Foundation known as WPF, WF, and WCF respectively. This version also had a couple of service packs. It was released with Visual Studio 2005.

This was another major release by Microsoft as it brought the CLR 4.0 in the market. Other important features of this version include the Managed Extensibility Framework (MEF), code contracts, and Dynamic Language Runtime. It was released with Visual Studio 2010.

This version of .NET Framework has an updated CLR with improvements to ASP.NET, ADO.NET, WPF, WCF, and other framework class libraries. It also supports windows app building. It was released with Visual Studio 2012.

This version of the .NET framework has improved performance and debugging capability. It has improved windows store app support. It was released with Visual Studio 2013.

This version of the .NET framework has features static imports, exception filters, property initializers, and others. It also included support for X509 certificates containing ECDSA in cryptography. An improved dictionary initializer with the ability to register per-control. It was released with Visual Studio 2015 and the first to run on Windows 10.

This version of the .NET framework was first released as an update on Visual Studio 2015 and has had many iterations until the current NET Core 3.1 released in 2019. The .NET Core versions improved performance and productivity in mobile, gaming, and Windows app development as well as artificial intelligence. A key feature was cross-platform interoperability and Azure support.

.NET 5 is a step forward in a new direction from .NET Core. It promises to be a game-changer for .NET by keeping all the features programmers appreciated on .NET. The project aims to improve .NET by having a single uniform  .NET runtime and framework that can be used everywhere as well as the expanded and combined capabilities of .NET Core, .NET Framework, Xamarin, and Mono. It is also planned to build this product out of a single code-base so that developers work collaboratively on it to expand and improves all aspects. Cross-platform interoperability that was a key feature will still be available to target Windows, Linux, macOS, iOS, Android, tvOS, watchOS, WebAssembly, and more.

Why use .NET Framework?

The following are some of the features which make .NET framework, outstanding and best for application development.

The landing page is an important cog in a conversation chain. Most people set lofty goals for their landing pages but the majority of them...

SQL Server has 5 system databases: resource master model msdb tempdb You can see these databases under "System Databases" in the management studio. Resource It's...