The was an article TIFF vs PDF some time ago. This one is more detailed about TIFF.

TIFF stands for Tagged Image File Format. TIFF is one of the most widely used image formats.TIFF is particularly popular in the image editing industry, graphic design artists, professional and novice photographers owing to the ability to be easily edited. TIFF is a raster or bit map image format and the TIFF files end with extensions .tiff or .tif.

At that time desktop scanner used to scan documents in binary format. The scanned pixel could have only 0 or 1 as their values; hence the initial TIFF was in the binary form. With the passage of time, technology evolved and scanners became more sophisticated and powerful and started to accommodate greyscale images as well. Finally, color images were also stored in the TIFF format. Today TIFF is capable of storing high depth color images of several types. No major update to the TIFF file format has been released after 1992.

Initially, a company named Aldus created TIFF file formats and owned all its copyright. In the year 2009, Aldus was acquired by Acrobat systems and currently, it holds all the rights and ownership of TIFF format. 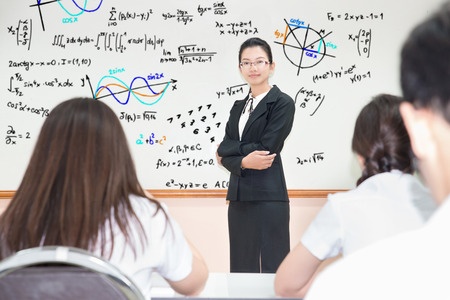 TIFF uses 32bit offsets to replicate color configurations of images. That means that file size has a limit of 4 gigabytes (4 GB). Many implementations use signed integers to support files of up to 2 gigabytes.TIFF files have the .tif extension.

Due to its wide usage and multiple advantages- especially in color images- TIFF is supported by most major imaging software, page layout apps, and word processors.

TIFF files have image file headers, file directory, and bitmap data. In terms of who else uses TIFF, find its wide application in desktop publishing, 3D applications, and medical imaging.

LibTiff is a free and open-source software tool designed for TIFF. With LibTiff you can read and write TIFF files and work with TIFF and LibTiff mailing lists. You can also access tools at Little cms, a color management engine that links to LibTiff. The color management engine is essential when applying profile chain files and can be useful when converting color schemes, say from true color (RGB TIFF) to the subtractive color model (CMYK TIFF). There is also Python Imaging Library, a TIFF library implementation.

There are four baseline TIFF images readers can work with: we have bi-level (black and white), palette (indexed), grayscale, and RGB. RGB images hold a capacity to store 16.7 million colors while palette images only store 256 colors as is gray-scale. The TIFF Extension TIFF 6.0 specification also supports CMYK images.

The following are some of the reasons why TIFF images should be used for storing images.

TIFF is a lossless compression format which means that it does not lose its quality if the image if dot per pixel value is modified. This capability of TIFF images makes them portable to almost every hardware and software.
TIFF files can be easily edited and modified. It is due to this reason that this image type is very famous amongst the publishing industry and professional photographers who need to edit their images oftentimes.

You can compress TIFF image files using any type of file compression tool available to you. This advantage means that you can compress and archive multiple images in just one TIFF file. Apart from its flexibility, TIFF boasts more features that make it one of the best image file formats out there.

TIFF is platform/hardware-independent and one can resize, transfer and edit TIFF images using most image editing applications. Ease of editing TIFF images has made it a preferred file format for archiving of digital photographs.

TIFF is a raster image file format which means that it is made up of small bits which may distort the image quality if resized.
The security level of this format is not very sophisticated. Users can set the security for the whole file but cannot set security for individual file components.
TIFF image format is not able to embed or attach other file types with it unlike other format types such as PDF.

As said earlier, image resize might distort the image quality which results in poor print quality hence these images are not suitable in the printing industry.

Even when compressed, TIFF image files are still too large compared to equivalent images in JPEG. Not only does that mean more storage space but also that Web browsers and other applications take too much time trying to open TIFF files. Most often, users opt to convert TIFF files into a different less bulky file format.

TIFF file format should be used in the scenarios where we need to edit our image and keep the image size small. In cases where we need high-quality images with sophisticated security and embedding features, we should prefer the latest file format types such as PDF. (read TIFF vs PDF )

Video conferencing and remote meetings have become significantly more critical as the world tries to combat the current rampant contagion. Furthermore, social distancing is a...