Apache Kafka is a distributed streaming platform that allows the user to publish and subscribe to data streams. Kafka is speedy and has a high level of fault tolerance. It can manage a significant amount of data and track it in real-time. Apache Kafka can be used to manage real-time data exchange, monitor logs, and measure real-time traffic. Kafka is a high-throughput, extremely dependable system that is widely employed by large corporations these days. It is upfront to set up and use in our real-world application.

It inspires beginners, the daunting depths, and the rich rewards that acquiring a greater understanding may offer when it comes to enthusiasm. Apache Kafka certainly stands up to its author namesake.

Kafka has several capabilities that make it the de-facto standard for an event streaming platform. 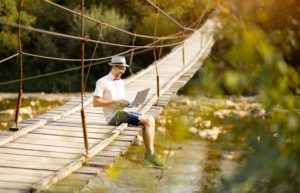 Here are some pointers to help users maintain their Kafka deployment optimized and manageable:

Let’s discuss the points mentioned above in detail.

The concept of record headers is in Apache Kafka 0.11. Record headers allow users to contribute metadata about a Kafka record without adding any more information to the key/value combination of the record itself. First, consider whether the user wants to include information in the message. For example, it would be an identity for the system from which the data came. Perhaps the user desires this for provenance and audit purposes and to assist downstream data routing.

Why not simply include this information in the key?

If the user uses a compressed topic, adding information to the key would cause the record to appear uniquely improperly. As a result, compaction would not work as anticipated.

Consider the impact on the second issue if a single system identifier dominates the records delivered. The user is now in a situation where severe critical skew is possible. Furthermore, the uneven distribution of keys may influence processing by increasing latency, depending on how users consume from the partitions.

These are two scenarios in which headers may be helpful. The original KIP proposed headers also includes these other cases:

The KafkaProducer has the configuration parameter acks for data durability. The acks setting sets how many acknowledgments the producer must get before a record delivered to the broker. There are several alternatives to pick from:

The creator waits for the lead broker to acknowledge that the record writes to its log.

The producer awaits confirmation from the lead broker and the subsequent brokers that the record writes to their logs.

There is a trade-off to be complete here, which is intentional because different applications have different requirements. The user can choose between higher throughput and the risk of data loss or choose a solid data durability guarantee at the penalty of lesser throughput.

There are several tools in the Apache Kafka binary installation in the bin directory. While there are other tools in that directory, I’d want to highlight four of them that I believe would have the most significant influence on its day-to-day job. Of course, I’m talking about the console-consumer, console-producer, dump-log, and delete-records commands.

There are command-line producers available to send records in Avro, Protobuf, and JSON Schema formats if the user uses Confluent Schema Registry.

Discover the New Partitioner in the API producer

Kafka employs partitions to boost throughput and distribute message load among all brokers in a cluster. Kafka records are in key/value format, with the keys being nullable. Kafka producers do not deliver records instantly but instead place them in partition-specific batches to send later. Thus, batches are an efficient way to increase network utilization.

The partition can be specified explicitly in the ProducerRecord object using the overloaded ProducerRecord function Object() { [native code] }. The producer always uses this partition in this circumstance.

If no partition is specified and the ProducerRecord has a key, the hash of the key modulo the number of partitions is used. The partition that the producer would utilize is the outcome of that calculation.

If no key and no partition are provided in the ProducerRecord, Kafka employed a round-robin strategy to distribute messages across partitions. The producer would then begin again with partition zero and continue the process for all remaining records.

Make Use of Effective Monitoring and Warnings

Following the rules outlined above while constructing its Kafka cluster would save the user from a slew of difficulties down the road, but the user must remain watchful to identify and address any glitches before becoming problems.

Monitoring system metrics such as network performance, open file handles, memory, load, disc consumption, and other factors are critical, keeping track of JVM numbers such as GC pauses and heap usage. In addition, dashboards and history tools that can speed up debugging operations can be quite helpful. Simultaneously, alerting systems such as Nagios or PagerDuty should be configured to offer warnings when symptoms such as latency spikes or low disc space occur, allowing minor issues to rectify before they become major ones.

To achieve minimal latency for its Kafka deployment, ensure that brokers are geographically situated in the regions closest to customers and take network performance into account while picking instance types offered by cloud providers. If bandwidth is a bottleneck, upgrading to a larger and more powerful server may be a wise investment.

The importance of pop-ups for websites is constantly on the rise. A pop up is basically a display area that appears on the website or...

In this article, we’ll review how to parse PDF invoices and get result data in CSV format using ByteScout Document Parser SDK and SharePoint. Basically,...