What is SVG and its Importance - ByteScout

What is SVG and its Importance

Web and formats go hand to hand. And, if you are new to the web, you will surely have been introduced to a bunch of them. One of the notable format you would surely have heard about is SVG.

In this article, we will explore SVG, its history, and its importance in web development. So, by the end of the article, you will have a complete understanding of SVG and can use the knowledge in your project. Let’s get started. 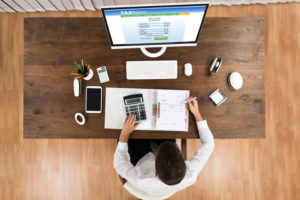 It is a popular file format that lets developers show vector images on websites. The biggest advantage of using SVG is its ability to scale based on requirements. So, if you want to resize the SVG image, you can do it without losing any quality. SVG images are the right choice as it meets the demands of modern responsive web.

SVG is not new. It was first conceived in the 1990s. Yes, almost two decades ago. At that time, it was not used that much, and that’s why it was not supported by the majority of applications. However, its usage started picking up in the early 2010s. By 2017, all modern browsers were capable of rendering SVG-powered images.

The major browsers that support SVG support are as below:

Apart from that, all the major drawing programs also supported SVG. Right now, it can easily be said as one of the most used image formats out there as it offers a better feature-set compared to other graphic file formats like PNGs and JPGs.

The key factors that make SVG so amazing its responsiveness, scalability, programmability, accessibility, performance, and interactivity.

SVG: The Technology Behind It

Under the hood, you will find a lot of XML. XML stands for eXtensible Markup Langauge(XML), and that’s why we can define SVG as an XML-based vector graphic format. XML is widely accepted on the web and you must have used it in the HTML. However, SVG uses a very strict XML format.

For instance, the code for a rectangle drawn using SVG is as below.

The SVG cannot be displayed as the browser doesn’t support SVG.

In the above code, we first need to display an SVG window of 500 x 120, and then within it, we go and create a rectangle with blue color with width. Also, the code ensures to display a message if it is rendered on a webpage that doesn’t support SVG generated images.

By this, you should be able to guess how complex a proper SVG can get. However, this doesn’t mean that it is not readable. The code is human-readable which means that it can be edited and maintained by the developers who know how to do it. But the strict restrictions mean that small changes can render the SVG image useless. So, if you are a developer playing with SVG format, then you need to be careful when working with it.

Another thing that makes SVG so popular is because it is a W3C standard. The standard ensures that it can easily work with other technologies including HTML, DOM, CSS, and most importantly JavaScript.

How you can use SVG?

There are mainly two ways you can implement SVG. These two ways are as follows:

Why SVG is important?

To completely grasp the concept of SVG, we also need to take a look at what makes it so important. In other words, we are going to look at its benefits. Let’s go through them one by one.

SVG is an industry-leading format for creating and sharing images. If you are a developer or a web designer, you surely need to invest time and effort in mastering it. With W3C standard support, you also have the freedom to experiment and work with different technologies without worrying about compatibility issues.

So, what do you think about SVG? Comment below and let us know.

All You Need to Know About Zig Programming

Actual Gadgets Developers are Passionate About

Software developers are prodigies. Coding is an exquisite and goal-oriented work. Most significantly, there are some fundamental dilemmas that only software programmers can solve by...