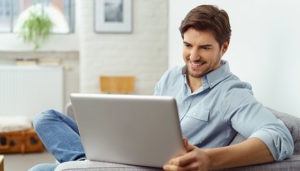 Scopes in SQL are different from languages like C#, C, Java, etc. If we talk about a particular language, say C#, then each statement in a block has a different scope. Typically, a variable is unrestricted and plays between when announced and the ending of the batch, function, or procedure that it is defined in. It is clear, but it is uncomplicated to overlook what comprises a batch.

The scope of a variable is the coverage of any SQL statements that can reach the variable. This scope is defined from the point of declaration to the completion of the batch or stored procedure in which it is announced. Unlike the various other SQL data types, users cannot utilize a table variable as input or an output parameter. In other words, if a table variable is ranged and defined to the stored procedure just like any regional variable they define with a DECLARE statement.

Consider the Code Below

Statement blocks inside SQL are defined using BEGIN and END keywords. But here’s a twist. Declarations inside BEGIN and END statements inside SQL do not have their own scope. If we write the above C# code in SQL it’ll result in an error because the BEGIN-END statement does not have its own scope and we have already defined variable @@strName earlier.

How Scope Works in SQL?

This time it won’t give an error, because both variables are in now different batches hence in different scopes. And the output is like below.

One interesting feature of the GO statement is that, if we want to run a specific batch several times then we can specify no. of times we want to repeat it by adding a number after GO.

Hope you get a good idea of variable scope in SQL. There is a good blog article regarding scopes here.

SQL is one of the most effective tools. The SQL ordering of implementation specifies the decree in which the clauses of a query are considered....

ROW_NUMBER() is one of the windows functions in the SQL server, used to the current number of rows in the result set based on an...