Golang vs. Node JS - Which is better for Web Development - ByteScout

Golang vs. Node JS – Which is better for Web Development

Go is an open-source, statically typed, compiled (Go’s run-time does not include a virtual machine), garbage-collected computer language from the C family. It is primarily employed in back-end development. In contrast, Node JS isn’t just another well-known programming language. It is a cross-platform open-source run-time environment for executing JavaScript code. Its frequently used to create back-end services (also known as APIs). These APIs power client applications, whether web apps, mobile apps, or desktop apps.

JS must translate its code into machine code as a browser language before understanding it. The JavaScript engine handles the conversion, which is unique to each browser. Brendan Eich, unsurprisingly, created the first JS engine for Netscape Communication. Later on, more engines appeared, including Google Chrome, Mozilla Firefox, Safari, Microsoft Edge, and others. And it is here that the Node JS narrative begins.

To make JS work outside the browser, engineers had to reproduce the architecture shown in the image above and add new components. 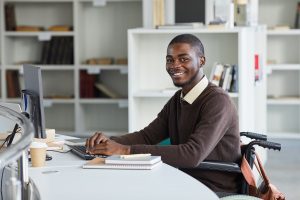 Both Node.js and Golang have staked their claims in this space.

Node.js was developed to provide an environment where JavaScript could create front-end and back-end web servers in a single location. The purpose was to create it with an event-based framework, microservices architecture, and high reusability.

The Node.js package management, NPM, is the showpiece of the entire operation, with 800,000 utilities or “building blocks” dedicated to web development. However, navigating these barriers is tough because anyone may quickly publish an NPM package, making it impossible to identify a reputable tool.

Node.js only begins to struggle when subjected to heavy processing loads. Node.js integrates JavaScript, a front-end language, into a back-end run-time environment. While Node.js has implemented measures to improve its single-thread nature (a.k.a. the nonblocking I/O and asynchronous system), large queries can still use CPU and pace down the processing.

Golang was designed for large network servers and complex calculations that Node.js cannot manage. Because it is concurrent, it does not have to make compromises to run numerous processes simultaneously, making it efficient and speedy for enterprise applications.

The user can develop full web servers in Go without using other frameworks or third-party services. While it doesn’t have approximately 800,000 blocks, it does have incredible features like go fmt, Godoc, go mod, and run features.

Go is also compiled into a static binary, allowing the user to dump the code wherever needed. On the contrary, the Node.js interpreter must be installed on terminals for JavaScript to operate.

The takeaway is that Golang is better for large-scale back-end web development because it provides more flexibility and stability when building web servers. However, if the users want to run small projects or build front-end code bundles, Node.js may be a more helpful tool.

A variety of factors influences a programming language’s performance. A programming language should be carefully chosen to build a program efficiently. The Go language may appear to be the ideal answer for web app development because of its ease of use, compilation, and growing popularity among web developers.

On the other hand, Node js isn’t losing ground either.

So, there is only one way to settle the NodeJS vs. Golang debate: to compare the properties of Go and Node JS.

GO can be regarded as a mature and reliable tool. Simultaneously, Node JS demonstrates the same level of maturity and supports a larger audience as both platforms are open-source solutions.

As a result, both are nearly identical in the Node vs. Golang maturity comparison.

Because it was dissatisfied with current programming languages, Google introduced Go. Golang outperforms Node JS in terms of raw performance and computation. Because it bases on C and C++ properties, it is a fast and lightweight platform.

However, because statically-typed Node JS is a JavaScript derivative, it is often slower than other programming languages. Node JS, unlike Golang, cannot provide the raw performance of CPU or memory-bound workloads. Put, depending on the nature of the app, Node JS can perform well or poorly.

In the performance comparison of Go vs. Node JS, Go outperforms NodeJS and assists, developers in achieving higher performance.

When comparing the real-world performance of Go vs. Node.JS, both languages achieve nearly identical results. When it comes to database connections or network interactions, Golang and Node JS perform equally and at the same pace.

Error handling in Go necessitates the use of explicit error checks. Compile-time and run-time errors handling are different, causing issues for developers. However, Golang’s designers have begun working on other error-handling technology to cut development time.

On the other hand, Node JS implements the classic throw-catch error management technique used among programmers. The faults are displayed and repaired immediately before further operation in this usual technique.

When comparing the error handling mechanisms of Golang vs. Node, many web developers prefer Node JS because they are more comfortable with the throw-catch technique.

Go is a very new language that has yet to gain traction. It includes valuable libraries and packages, although fewer tools are available than in NodeJS. Those who want to learn Go must conduct extensive research and have prior experience with manual configuration.

When it comes to NodeJS, there are many tools, frameworks, and libraries available for developers to construct various apps. Furthermore, JS has a large community that offers extensive support for all development projects.

As a result, Go loses the Node vs. Go duel regarding development tools. When it comes to determining which tool is ideal, it all boils down to the user’s background.

If the user is a seasoned JavaScript programmer, using Node.js makes perfect sense. Node is written in a well-known language and is part of a large community consisting of many developers. However, there is a potential that the user may need to learn a dedicated, high-performance back-end language later on.

In any case, Go and Node. JavaScript adds significant value to the skillset and allows users to advance in their jobs.

SDK vs API: Which is Better

Whether someone is developing or improving the functionality of a website, mobile app, or another sort of application, they have several tools at your disposal...

MySQL, PostgreSQL, and Oracle are relational database management systems. The major difference between these three databases is that MySQL is open source whereas PostgreSQL is...