The Future of Blazor in .NET - ByteScout

The Future of Blazor in .NET

People have always tried to find new ways to make advancements in the world of web development. Making web development easier will allow developers to focus more on other aspects and increase productivity.

Blazor, a new web application framework, is the recent solution to making web development easier. Blazor can run .NET directly in the browser through WebAssembly which reduces the need for additional plugins or add-ons. 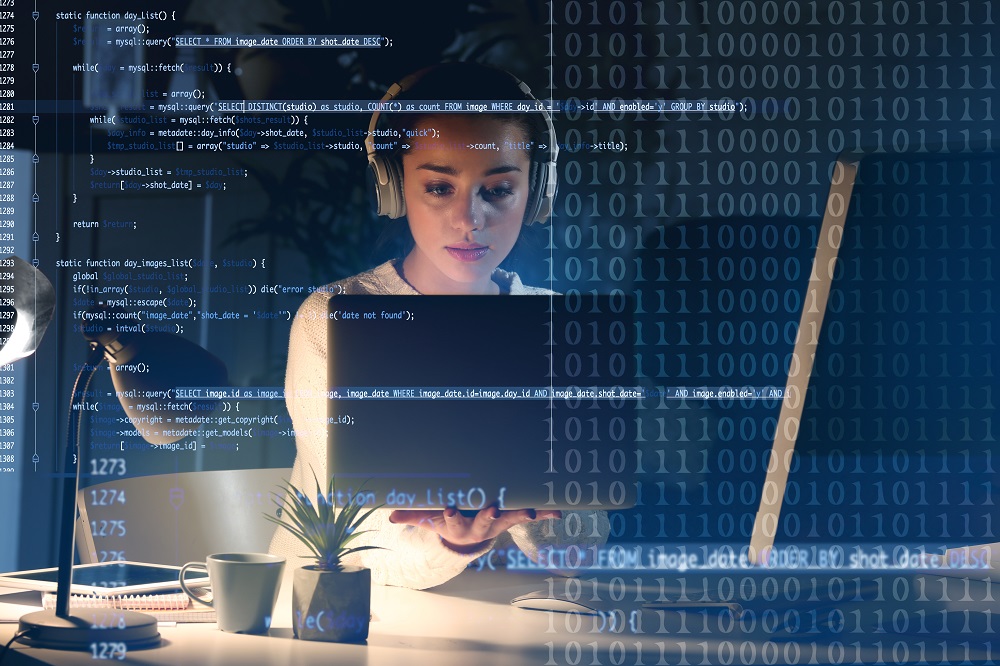 Before we move on, here is a little definition of Blazor, in case you are not familiar with it. It is an application development framework that is owned by the .NET foundation. You can build highly interactive UIs based on C# instead of JavaScript.

It is completely free and open-source, and you can create web apps using a mix of C#, Razor, and HTML without any need for additional plugins or add-ons. All of these allow you multiple productive ways to build large-scale applications.

Even though this concept is new, and it is still in a beta preview, Blazor has quite a promising future. Besides web development, Microsoft has revealed plans of bringing Blazor to native applications.

Blazor was introduced to implement WebAssembly. WebAssembly can run codes at near-native speeds in any browser. This has caused the adoption of WebAssembly as a standard besides HTML, JavaScript, and CSS.

Need for a Cross-Platform User Interface

There has always been a need for creating a cross-platform user interface so that a single front-end environment can be compatible with web, desktop, and smartphone applications.

The best tool kit for desktop development (WPF by Microsoft) and the answer for the development of Native mobile apps, Xamarin, have quite some similarities. Both of them use the XAML markup standards to define UI, focus on data binding, and support the MVVM pattern.

However, there have been several complications. WPF is restricted to DirectX and other core components of the Windows Operating System. Also, merging WPF and Xamarin caused compatibility issues between XAML-based UI and HTML markup on the site.

Even though developers have made several attempts to fix these issues, there has been no official platform created or supported by Microsoft. Although Google has its own Flutter tool kit, there has been a large void between the world of smartphones, desktops, and the web for Microsoft.

Implementation of Blazor in Desktop

Developers have been using JavaScript to develop desktop applications that run using Electron. Electron has the ability to host the two primary parts of the infrastructure, Chromium – the front-end JavaScript engine of Google and back-end JavaScript-based web server Node.js. These features allow the browser sandbox to access local hardware and file systems.

However, there are issues related to space optimization. A very simple application can eat up 50MB+ of storage and can immediately eat up 100MB+ of RAM, which is not practical.

Microsoft has been trying to inject Blazor inside Electron. They have taken several approaches to avoid using the full Electron package. They are trying to use WebWindow, which utilizes web support in desktop operating systems. It has the ability to boot the Blazor program to use on the desktop while running a native desktop application on any operating system.

The Blazor support enables the page to call .NET directly using WebAssembly instead of downloading it. Thus, the developer can reduce the space complexity easily by avoiding the layers of JavaScript and Node.js.  This allows the formation of applications with smaller sizes. You can also convert your application that you created in Mac into an installable bundle.

All of these experiments have been experimental, and there have been multiple disclaimers claiming that this is just a prototype and no promises can be made. However, Microsoft has declared the possibilities of using Blazor in the distant future in their .NET conferences. Till now, it is just a collection of ideas that are yet to convert to plans.

Implementation of Blazor in Mobile

Blazor has been considered one of the best options for building mobile web applications for multiple mobile platforms. However, .NET has already provided developers with Xamarin, which can design apps that require better performance and native capabilities like access to system hardware. In the near future, .NET 5 will integrate Xamarin into the standard library.

However, applications built using Xamarin do not look like their Blazor counterparts. This can be problematic for a company that wants to create a single development model that can successfully do all the tasks.

Similar to desktop applications, Microsoft has been doing some experimental projects to overcome these limitations. One of them is Mobile Blazor Bindings. It was declared by Microsoft at the .NET conference. Its primary goal is to build applications using the Blazor page model while having the ability to access the features of Xamarin. This allows the developers to use libraries containing features with cross-platform implementations for Android and iOS.

However, even while utilizing both Blazor and Xamarin, one cannot create a single UI for mobile devices and web applications. But, the difference is extremely small, enabling a developer who uses Blazor WebAssembly to create apps to adjust to building native applications with Mobile Blazor Buildings easily.

What to expect in the future?

Microsoft is working hard on developing Blazor into something that can be widely used and can act as a competition to its Google counterpart. What was just an idea has become so much popular and appreciated by developers that it might be time to say farewell to JavaScript and welcome C#.

The new advancements have allowed the development of cross-platform web applications, which is a boon for developers using .NET. In the coming future, we can see an amazing collaboration between web production and native development.

MySQL and SQL Server are relational database management systems. The major difference between these two databases is that MySQL is open source whereas SQL Server...

Rust vs. C++: A brief Overview

The year 1979 saw Danish computer scientist, ‘Bjarne Stroustrup’ working on a project of C language, that he called ‘C with Classes’. He enriched C...