The planet is faced with overwhelming environmental problems. Rising environmental pollution is wreaking havoc on nature and endangering the lives of millions of humans. Evolving digital technologies offer a bottom-up solution to tackling climate change.

These digital technologies have a revolutionary way to involve citizens in addressing local and global issues. Young people are generally the most worried regarding the consequences of climate change. Early findings of ongoing projects suggest a high potential for leveraging digital technology in joint measures to preserve the world for ourselves and future generations. 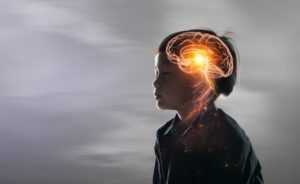 The Carbon Law should be applied to all primary areas of the global economy. We don’t need gradual changes now; we require accelerated scaling and rapid climate action. Greenhouse gas levels, according to projections, would peak by 2020 and then decline sharply – to about a half in a decade. The world economy is now being disrupted by digitalization. Exponential developments in both information technology and biotechnology can realize a prosperous world for everyone.

The digital market, which accounts for 1.4 percent of global emissions, is now on course to reduce emissions. Digital technologies such as 5G, IoT, and AI have the potential to accelerate this progress. The digital technology industry is the most critical influencer globally in terms of accelerating intervention to keep global temperatures far below 2°C. The internet can play a crucial role in driving demand for 100% renewable energy.

Transportation is accounted for 21% of all industrial pollution. In the last two years, every major vehicle manufacturer has revealed plans to electrify their automobiles. 5G paired with AI can make our economies and industries radically more productive and resilient, thanks to sensors in manufacturing, smart cities, fields, and houses.

Planting real trees can help mitigate land degradation and desertification while also contributing to climate change mitigation. More than a billion users use Alipay’s online and mobile payment app. To support climate change, Alipay initiated the Alipay Ant Forest campaign. Any time a person takes a step to reduce their carbon, they are rewarded with green energy points. About 500 million individuals have signed up for the campaign, which has resulted in the planting of over 120 million plants.

In Northwest China, the trees occupy an area of 112,000 hectares. Around 400,000 work opportunities and USD 8.4 million in revenue have since been generated due to the program. It’s a significant move toward Goal 13 of the Sustainable Development Goals, which calls for “urgent steps to tackle climate change and its effects.” This concept should be repeated all around the planet to inspire citizens to participate in low-carbon practices. GCash, the Philippines’ leading mobile wallet, has also launched GCash Forest on its app to promote environmentally-friendly action in the region. In a brief period, the software has gained many consumers and elicited significant behavioral improvement.

The TeamTrees Project is a viral social media-driven crowdfunding initiative led by several YouTube celebrities and supported by Elon Musk, Marc Benioff, and Susan Wojcicki. In December 2019, Team Trees met its $20 million fundraising target. The project has started planting 21.5 million trees in Kenya, California, and India. Hundreds of thousands of tiny contributions from more than 800,000 unique donors in over 200 countries helped the project reach its target in just 56 days.

The global program of the World Economic Forum plans to plant 1 trillion trees by 2030. In 2020, more than 20 million trees were planted as part of the project. The aim is to help tackle climate change by preserving biodiversity. Team Trees intends to plant trees in Australia, Brazil, Canada, China, France, Haiti, Indonesia, Ireland, and Madagascar. Similarly, by Arbor Day 2022, the Arbor Day Foundation hopes to have planted 21.5 million trees.

Ecosia, a search engine headquartered in Berlin, donates up to 80% of its profits to tree planting. According to the firm, searches on its service have risen by more than 80%. On Ecosia, every 45 searches produce enough revenue to plant one tree at the cost of $0.25. It already has over 8 million active users, enabling it to plant over 74 million trees worldwide. It also has a scheme in Brazil to save forest fires from spreading by supporting local firefighters to extinguish them.

Artificial intelligence (AI) may assist in both recognizing and speeding up climate change. According to some estimates, AI may further cut global pollution by 4% by 2030, equal to the collective annual emissions of Australia, Canada, and Japan. Microsoft is assisting in achieving this aim by granting access to their innovative set of AI and cloud resources to organizations focused on climate change.

Conservationists and stakeholders will use the data gathered from their technologies to maintain further and interpret ecosystems, including assessing climate effects, maintaining species ecosystems, and encouraging efficient harvesting.

Digital technology will assist in the battle against climate change by lowering emissions, growing resistance to climate-related natural disasters, and strengthening our willingness to respond. It is expected that by 2030, ICT will reduce greenhouse gas emissions that contribute to climate change by 1.34Gt compared to a business-as-usual scenario. Beyond the ICT industry, emerging innovations have the potential to reduce carbon pollution by almost seven times the rate that the ICT sector’s emissions would increase by 2030.

Automating and optimizing agricultural, industrial, and manufacturing processes may make a substantial contribution to this endeavor. AT&T, for example, aids in the performance optimization of Emerson’s industrial food grinders, which turn commercial food waste into energy, heat, and fertilizer. This has not only helped to minimize the pollution associated with food waste in landfills, but it has also helped to generate low-carbon electricity.

Medical advancements have always impacted the world and ultimately lead to massive changes in the health and well being of individuals. For instance, in 1796 ...

What is IoT? IoT is the "Internet of Things," a term that describes the interconnectedness of physical objects and devices. In other words, it connects...