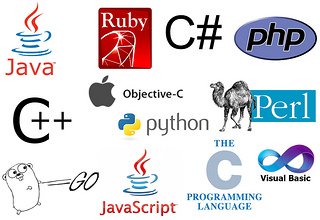 Should you learn Java or C#? Which one is best for your project?

If you are in a hurry, then we have also created a handy table for you. Check it out below!

Java is a modern object-oriented language that came into existence in 1995. James Gosling was the mind behind the programming language under Sun Microsystems. Initially, it was aimed towards interactive television, but it didn’t fit the requirement as it was too advanced for its time.

Java is also a general-purpose programming language. This means that it can be used for different purposes. It also follows the philosophy of write once run everywhere. To make it do so, it utilizes Java Virtual Machine(JVM) that converts the java code to byte code and makes it platform-neutral.

Some of the key features of the Java programming language include:

C# is designed for Common Language Infrastructure(CLI). It is also a programming language that fits in modern development as it offers garbage collector, array bounds checking — part of software engineer principles.

Some of the key features offered by C# include:

What are the similarities between C# and Java?

In this section, we will take a closer look at the C# and Java similarities. This will help us to understand their differences better as well.

What are the key differences between C# and Java?

Now that we have understood the similarity, it is now time to focus on differences.

Conclusion — Which one should you choose?

Both Java and C# have their own advantages and disadvantages. For example, C# offers generic support, and Lamda, LINQ has secure extension methods, and more! But, C# can be challenging to use as it has poor GUI and C# can only be used for Windows development, along with the requirement of the .NET framework. This makes C# less flexible, and you do not have the option to use it everywhere. Lastly, C# can be slow to execute, which makes it not so ideal for real-time applications.

Java, on the other hand, has its own advantages. The biggest advantage that you will get is its extensive community and documentation. So, if you are stuck, you will find help easily. Also, it supports a multi-threading environment, which makes it ideal for real-time applications where performance is an important factor. Also, it offers a good set of the third-party library which can come in handy during development.

You may not want to use Java as it requires high maintenance. It is also not ideal for applications that require high memory during operation. Also, it is a high-level language, which means you will not have access to low-level constructs.

So, which one are you choosing?

Do you need some more comments on this question? Here is a short discussion topic, probably, it can be helpful before starting programming.

– Would C# benefit someone more instead of JAVA if they already had an understanding of network technology like Microsoft? Which would you recommend in terms of job fulfillment? There have been comments that Java is smoother than C# in regard to career choice.
– Do you think it’s still useful to spend time learning Java? Even with all the syntax in C#?
– It is definitely still beneficial to learn Java. C# will give you plenty of neat tools to develop desktop applications. C# also has a fair amount of server-side solutions as well.
– Java‘s like the opposite of C#. While Java only has a satisfactory amount of tools for desktop application development, Java gives you radical amounts of solutions for server-side solutions on a large scale.
– I recommend you learn both to some level greater than basic. You will start to notice many similarities at some point which will help you make a better decision about which to choose.
– Remember that while you are working in an environment prime for C#, Java has the ability to run anywhere C# can.
– I think it’s important for a developer to understand and use both Java and C#.

Adobe PDF is perhaps the best method of sharing documents. All the documents are read-only and no matter which platform you use for formatting that....

In this list of the TOP-30 developer conferences of 2021, you will discover conferences for AI, Machine Learning, Graphics Programming, Deep Learning, among others. Each...