VB Decompilers and How They Work - ByteScout

VB Decompilers and How They Work

The tech support is by far the best I have ever worked within 27 years of development. Questions are answered quickly and program fixes are created and are made available.

END_OF_DOCUMENT_TOKEN_TO_BE_REPLACED

A visual basic decompiler is a high-level tool that can decompile various programs such as EXE, DLL, or OCX that are written in Visual Basic 5.0/6.0 and dismantle programs based on .NET. It includes a compelling emulator (also called a visual basic disassembler) that attempts to decode multiple assembler directions to the various VB commands. The decompiler is aware of the application’s composition, code stream, memory design, and other relevant information, thereby allowing a more accurate change. 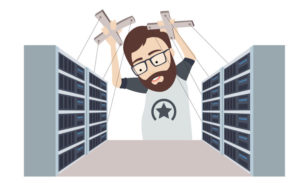 Why do we need a VB decompiler?

A visual basic.net decompiler is a program that accepts an executable file as data and tries to create a high-level root file or source file which can be recompiled. It is, hence, the reverse of a compiler, which accepts a source file or root file and creates an executable.

A decompiler can come in many different forms. It really all depends on what you are working on. Some decompilers work in breaking down network traffic. Others work on mobile phone apps. But mostly when we are talking about a decompiler, we are talking about an app that you use to break down a piece of software. You are reverse-engineering the work that was done on the original program.

The computer world is binary (0s and 1s). For Visual Basic code to be turned into a practical and running program, programmers want to compile the code, that is, convert the language they understand into 1s and 0s for the machine. We can convert this process by decompiling the absolute program. This implies we reverse-engineer the code and recover plain text from the 1s and 0s.

VB Decompiler can reconstruct the source code from p-code to the primary one so that programmers can obtain remarkably useful source code. There is no need to install .NET Framework because the VB decompiler runs fine on any 32-bit or 64-bit Windows and Linux system without asking to install any extra software.

For example, if as a programmer you cannot recover the source code from machine directions then in such cases VB decompiler can considerably assist to examine the program. This is possible because of a great visual basic disassembler that carries and supports various commands.

VB decompiler allows users to disassemble all packages and functions. It holds a code analyzer tool, which explores all API requests and string recommendations in the disassembled code and turns them into footnotes for parsed strings. In common, VB Decompiler is an excellent tool for examining VB programs.