The business environment and market are changing constantly. Businesses that don’t find ways to adjust and adapt often end up winding their operations. The job of an agility strategist is to make sure that does not happen.

An agility strategist needs to prove that they can do that job, regardless of the business size or scope. With that in mind, here are some of the top 10 strategic agility interview questions and answers. 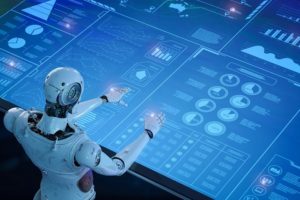 1. Share a scenario where you anticipated a political problem and successfully solved it.

We once had to hire an employee to oversee the launch of a new product. I knew this would create a feeling of discontent among our employees, who felt they deserved a promotion. To mitigate the political storm, we invited them to send their application and then did an open interview.

It was easy to prove that they weren’t the right candidate because they couldn’t satisfactorily demonstrate that they had the necessary experience to launch our product.

2. Tell us about a time that you demonstrated your skills in building effective networks and relationships, within and outside your organization.

One of our customers had to launch a factory in one of the countries where we have a correspondent bank. However, they were facing licensing challenges because of limited funding. I was able to talk to one of our local correspondent bank’s CEO, about giving the client a loan.

I managed to convince them to extend a loan to the client, and take them up as a new client. I did that with help of our CEO, and the client’s banking statements with us. That client is now among the best customers of our correspondent bank.

3. Share a situation where you demonstrated your ability to maneuver through a difficult political situation.

I once had to work with two colleagues who didn’t get along. It appeared like the project wasn’t going to be a success if the two failed to put their differences aside. So I called a project planning meeting where the agenda was on how the three of us could contribute individually.

The outcome was great, as we came up with ways we could leverage our strengths to make the project a huge success. And we did it on time and budget.

4. Have you ever anticipated, planned for, and mitigated a complex political situation?

One of my junior employees once decided to confide in me. They felt their supervisor was being unreasonable in the way they allocated them project tasks. However, they wanted me to talk to the supervisor about it, without mentioning names.

I knew that would create a trend, so I called the two of them to a board meeting. I then mentioned what the employee had told me, and explained how we allocate the tasks in our department. That helped to clear any misinformation that could have developed out of that situation.

5. Tell us about a time you made a business mistake and the steps you took to rectify it.

I was given a discount on a new product, hoping that customers would order in bulk, and we would still turn a profit. That didn’t happen, and we had to update our terms for the discount, such that only bulk orders would qualify for that discount.

It worked out well, as the customers who had ordered with the initial offer liked the product enough to order again. And they left us positive reviews.

6. What unpopular decision have you ever made to solve a business problem?

I once had to let go of most of our IT team, after we decided to outsource their tasks to independent contractors and switched to using the cloud infrastructure.  We had to do this to streamline and automate our business, and we explained as much to them.

We gave them a 3 months’ salary as a termination bonus. That decision now saves us thousands of dollars annually, and we no longer have to worry about IT infrastructure upgrades.

7. Have you ever conflicted with a peer? If yes, how did you handle it?

I was working on a project with a colleague, but the client didn’t like what we submitted. The colleague blamed me for the failure, although it was his idea to execute the idea the way we did. I decided to avoid the blame game and instead focused on what we could do to meet the client’s expectations.

That got us collaborating again, and this time we ended up with a solution that we both believed met the client’s needs. We presented it to the client, and they were happy with it. Ultimately, that got us working together again as a team and a good review from the client.

8. Tell us about a time you anticipated a competitor would come up with a competing product, and how you planned and executed your response.

I was working with a small beverage company that made soft drinks. I noticed that the market was quickly embracing bottled water. I expected our competitors to release their own bottled water brands.

So, I quickly planned for the launch of our brand and leveraged our distribution network to get it to the consumers. And to make sure that we had a head start, we sold our bottled water to local restaurants at huge discounts for six months, in exchange for a prominent display.

9. Have you ever dealt with new legislation that threatened to disrupt your business flow?

I was working for a company that manufactured plastic bags used for packaging groceries. The government decided to ban them, in favor of biodegradable bags. Our only option was to quickly switch to making the biodegradable bags and resupply our vendors, at zero cost to them.

We did it and managed to stay afloat, while many of our competitors had to close their businesses.

10. Tell us about a time you had to plan for and launch a new product to remain competitive.

I was working for a brick-and-mortar casino when I started to notice that online gambling and betting were becoming quite popular. I talked to the CEO about launching an online casino, but using our brand name to gain the trust of our existing customers.

This is the second part of a series of articles on formatting and manipulating the Excel file using ByteScout Spreadsheet SDK. Many organizations rely on...

Here's the content of the article: What is MongoDB MongoDB version history Advantages of Non-relational Databases - MongoDB Advantages Why MongoDB When Can You Use...