Do You Know the Subsets of SQL? - ByteScout

Do You Know the Subsets of SQL?

This is a very basic question asked by some interviewers. The Subsets are the pillars of Structured query language. Without subsets, it is not possible to manipulate the database and to create and build applications successfully. The DDL, DML, DCL, and TCL are responsible for building robust database applications and they all can be effectively utilized even in procedures and functions of SQL. We can split SQL into these five areas. 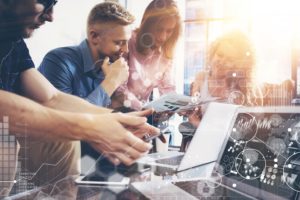 It mainly and solely contains the “SELECT” statement. SELECT is concerned simply with retrieving data stored in a database. It has optional clauses and tweaks.

It is concerned about the manipulation of data within a database. DML consists of four commonly used statements: INSERT, UPDATE, DELETE and MERGE. DML gives a method to understand, modify, delete, or merge data accurately. The SQL commands mostly include the modification of data. This contains most of the SQL statements.

The primary purpose of DDL is to create, modify or remove tables and other objects such as stored procedures, functions, triggers; from the database. It consists of variations of CREATE, ALTER, and DROP statements.

Data control language (DCL) is applied to use the accumulated data. It is primarily utilized for revoking and to allow the user the necessary privileges to a database. It aids in maintaining access to data held in a database. It fulfills the data manipulation language (DML) and the data definition language (DDL). It delivers the managers, to clear and establish database permissions to the users as required.

TCL is concerned about initiating, committing, or rolling back transactions. A transaction is basically a unit of work performed by a server. Its main purpose is to maintain the integrity of data within SQL statements. It contains statements like BEGIN TRANSACTION, COMMIT, and ROLLBACK.

In a closed world logic assumption, the outcome is always deterministic. It's either true or false. Let's say, for example, a question "Is 1 is...

A common table expression (CTE) is a collection of query outputs. Such query outputs are collected from an uncomplicated query defined within a WITH clause...