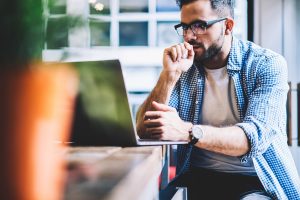 Error handling is the technique by which users avoid errors or exceptions to disrupt the program’s flow during the run-time. Mainly, these errors result at the end of the program’s execution or crash while doing critical work. Therefore, the users get the “program crashed” notification while running the program.

Javascript is a loosely coupled programming language, and most of the errors occur during run-time instead of compile time. For instance, the user may try to change the properties of some element on the DOM which does not exist or has a different id or try to reference the variable that he has not declared yet or is not in the scope of the function. Therefore, it is a good practice to do proper error handling while writing a program to save the user from unnecessary crashes, and the program can easily change the direction of execution if something goes wrong.

Following are the statements used in Javascript to control the program flow in case of unexpected errors:

The try statement contains the code to run under normal circumstances. Usually, programmers enclose that code in this block where the exceptions can occur. For instance, in a division problem, if both values, numerator and denominator, are unknown and the code calculates them during run-time, the denominator could be zero, and any number divided by zero gives an undefined value. Therefore, an exception may occur in this situation.

This statement contains the code to handle any error while executing the above code block. This block typically catches the errors, interprets them, resolves them, or changes the program flow accordingly. For instance, the division by zero raises an “arithmetic exception: division by zero” error, and the catch block can catch, modify the denominator, perform division again, and inform the user of the exception without stopping the program’s execution.

This statement defines the custom error, and users can catch that particular error in the catch block, controlling the variable values and the program’s flow. For instance, a user can throw an exception of “too small number” when entering a number less than seven for a variable.

Note: If the button already exists, the button’s id may also go wrong, so in real-life scenarios, the users should put such statements that refer to the DOM elements in the try and catch block.

Following are the errors or exceptions that may occur in the run-time:

The syntax error occurs when the user runs the program with the incorrect source code, i.e., the code containing punctuation or spelling mistakes.

The reference error occurs when the user tries to refer to or use the variable that he has not declared yet or as declared later in the code.

The range error occurs when the user uses the number that is out of range for that particular function or variable.

This type of error occurs when the user uses an unexpected value. For instance, if he tries to convert digits to lower or upper case, he will encounter this error.

The URI error occurs when the user enters the values that are not allowed in the URI function, for instance, alphanumerics.

Following are the examples of errors and error handling in javascript using try and catch blocks:

Example with a try, catch, and throw block

The programmers use the throw statement to define their custom errors that are not precisely  the programming errors. The program can run smoothly without these user-defined errors. However, in some scenarios, the users do not want the particular outcome of some calculation or do not want the program’s user to enter some particular values. In the sample code below, the program takes a value from some element on the user’s DOM and checks the value. If the value is zero, it throws a “field empty” exception. If the value exceeds fifty, it throws a “value too large” exception, and if the value is below zero, it throws a “negative value” exception. Now, the catch block is below the try block to catch all these user-defined exceptions, and whenever an exception occurs, it displays the exception to the program’s user.

Note: The throw exception could be a string, boolean, integer, or object.

Using the finally statement with the try and catch

You can easily bolster your chances of success if you prepare judiciously. Be it an interview or an examination hall. You need prudence and clever...